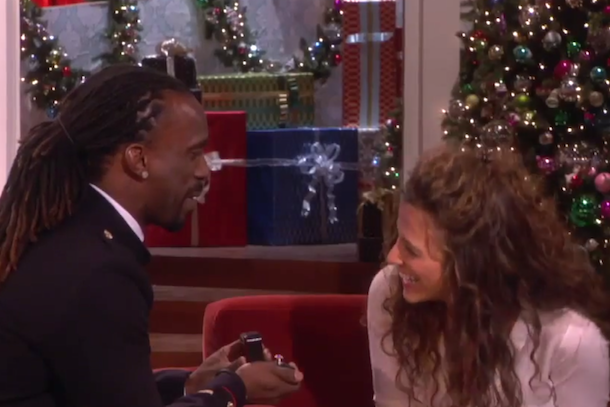 The Pittsburgh Pirates are the most likable team in baseball right now. Is it just because they sucked for 20 years, but now are good? No, it’s not just because of that (though it helps). It’s also because they have a phenomenal stadium, a rich history, close proximity to pretty much everywhere in the northeastern quadrant of the United States, and a hometown with epic sandwiches—all of which make Pittsburgh a perfect road trip destination.

Of course, it also doesn’t hurt that their best player is one of the most entertaining players in baseball and a true class act off the field.

I am talking, of course, about your 2013 National League MVP, Andrew McCutchen. Yesterday Cutch stopped by the set of Ellen, ostensibly to talk about his newfound superstar status and the remarkable 2013 Pirates season. However, he had other things in mind—like proposing to his girlfriend, Maria Hanslovan.

That’s right. Dim the lighting and get a box of tissues. We’re about to all sentimental up in here.

Seriously, though, how cute is that? (And, let’s be honest, how gorgeous is Cutch’s fiancée?)

Congratulations to the both of them. I hope they have a long, joyous life together…and that the Pirates keep on winning.