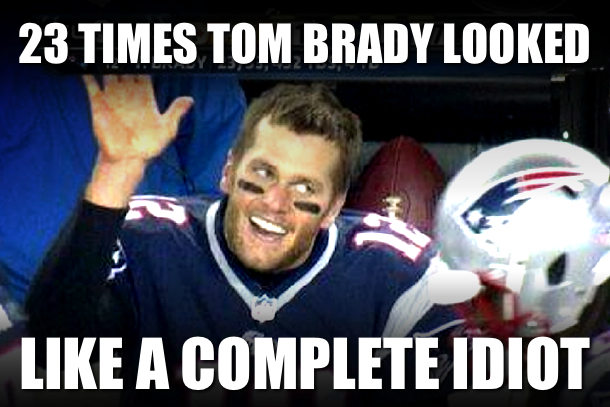 I don’t hate Tom Brady. A lot of people do, and that’s fine, but I don’t. Not even in a fun, sports-hate kind of way. I actually like watching him play, and despite the fact that I do hate Bill Belichick, I even secretly root for the Patriots to win sometimes.

However, despite my respect for Brady, like all people who are ridiculously good-looking, filthy rich, wildly successful, and married to a supermodel, there is also an insecure part of me that likes to see him fail—whether it’s on the field (LOL Super Bowl XLVI) or off it. And I’m not the only one.

So because of this—and also because I really enjoy trolling Boston sports fans—today I’m bringing you this list of 23 times Tom Brady looked like a god**mn idiot. I may get a nasty email from Gisele for this, but…actually, that would be awesome. 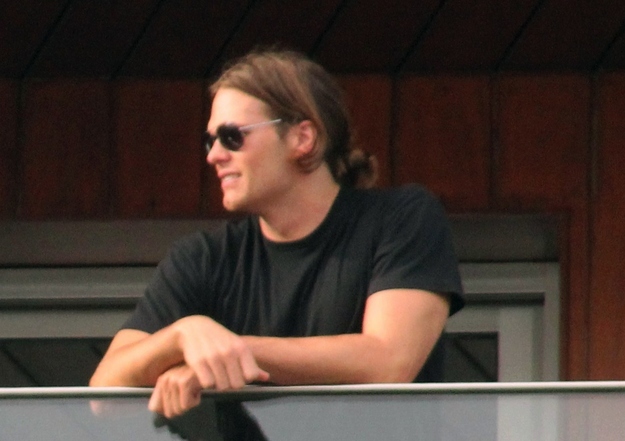 Ponytails can be masculine, but...actually, you know what? I don't think they can. I just Googled "Clay Matthews ponytail" thinking he of all people would look pretty manly with his hair pulled back. But nope, still looks like a big beefy girl on steroids. Sorry guys, I hate to be the bearer of bad news. 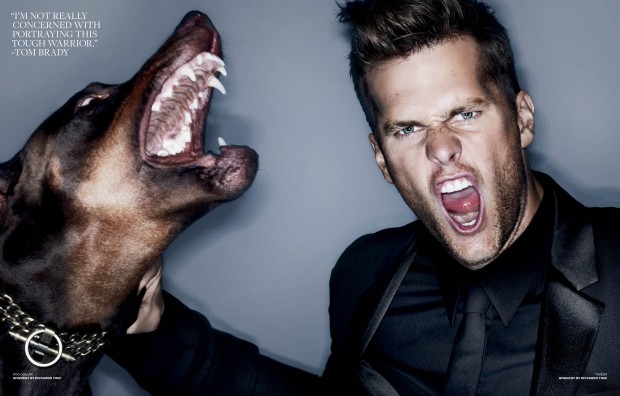 GRRRR I'M A FEROCIOUS DOG! Oh Tom, come on now. We just saw you with your hair in a ponytail.

I'm assuming Tom is just goofing around with his teammates here, but it looks like he's having some sort of medical episode. 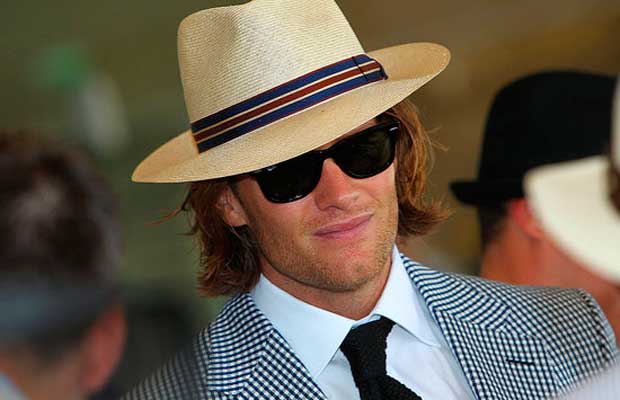 Look, I know it's the Kentucky Derby, where everybody dresses like a cross between Tom Wolf and a Colombian drug lord. But I don't have to like it. Fedoras look cool on some people (like Usher, or Justin Timberlake), but Brady  isn't one of them. 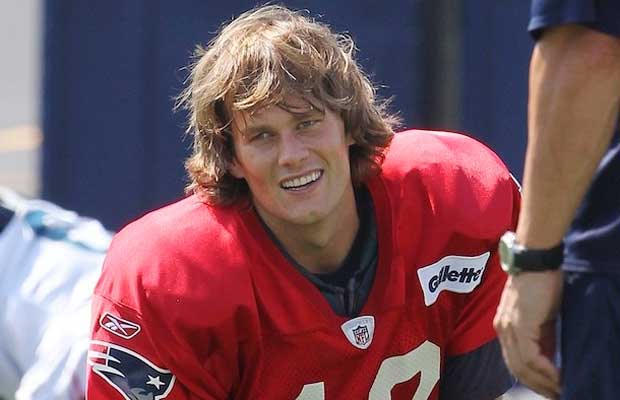 What is this, a 1970s shampoo commercial? Get a haircut, hippie. 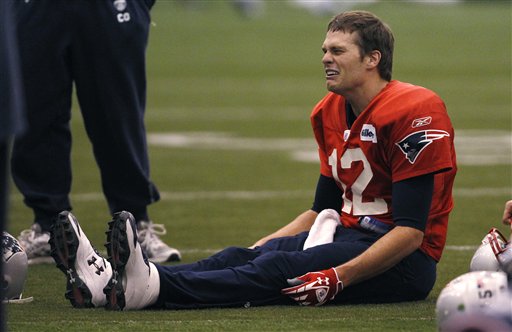 I don't care if this is just a photo of Brady joking around with teammates at a practice, or if I make faces like this 20 times a day. He still looks stupid.

This is what Tom will be doing when he gets done reading this list. (Then he'll get in his Maserati with his hot wife, light a cigar with a $100 bill, and move on with his life.) 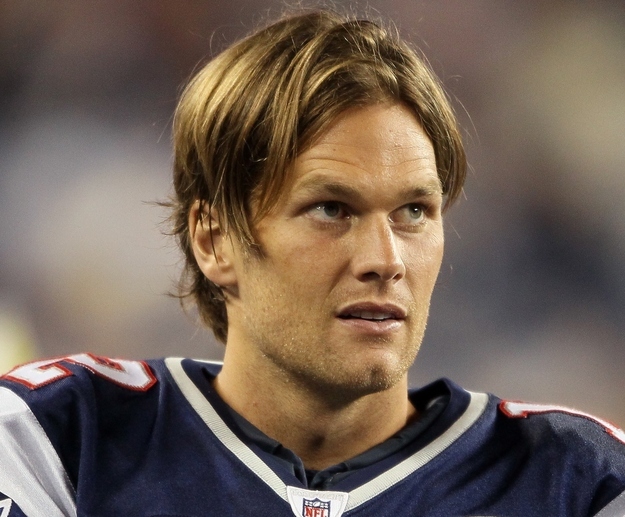 Dude, when you're flipping through the style book at the salon, pick one of the men's haircuts. 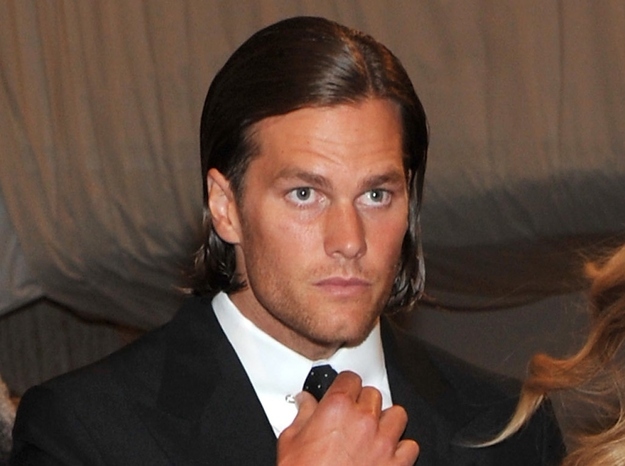 Remember that time Tom Brady used an entire tube of styling gel on his hair? That was the best.

For a guy who has cameras pointed at him for 75% of his waking life, sometimes it seems like Tom Brady just does not know what to do with himself when he's on TV. 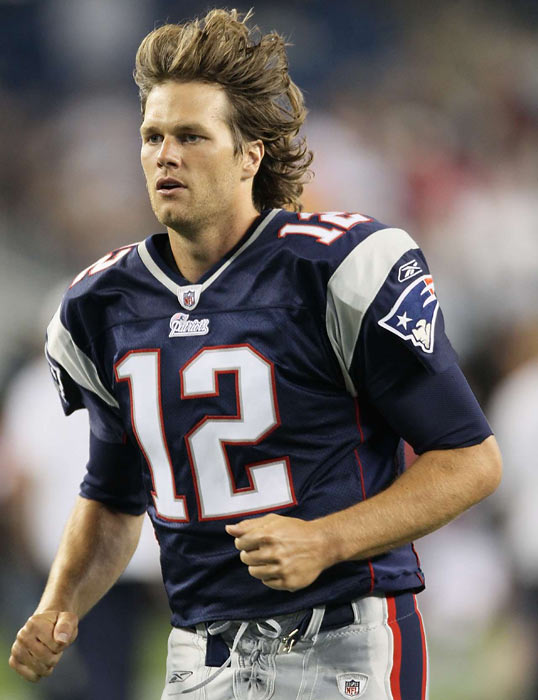 Wait, where have I seen this before? Oh, right. 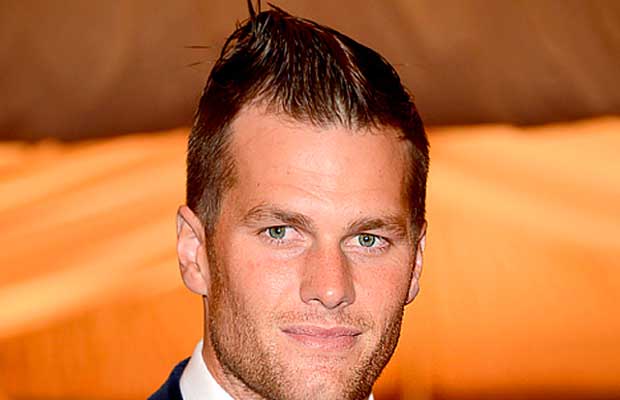 Remember that other time Brady used an entire tube of styling gel to give himself an epic fauxhawk? That was also the best.

Left hangin' by a 5'11" wide receiver with 1,628 yards in five seasons who played college ball at Kent State? Damn that's a burn.

Unfortunately, Brady looked less like an idiot when he got left hanging. He looks like he just learned what a high five is and is still not sure about his mechanics. 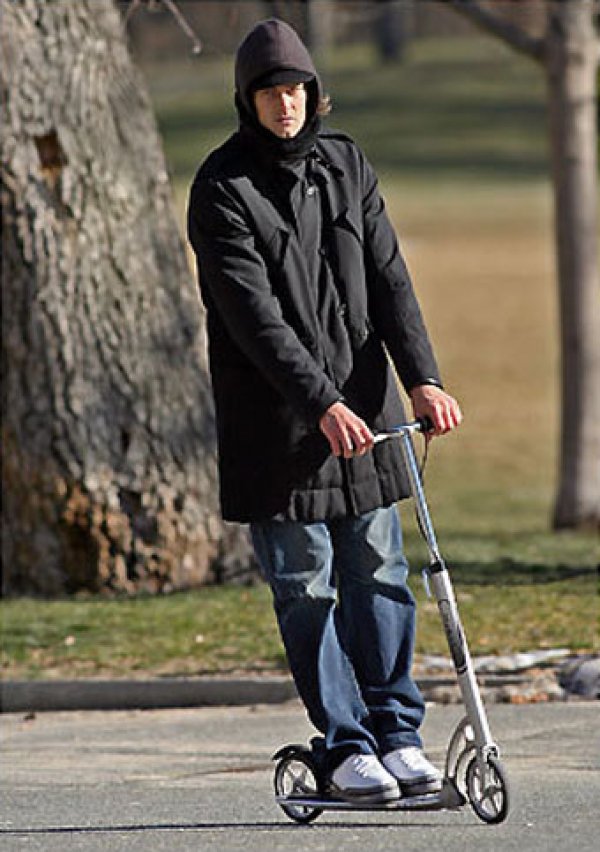 You're certainly not going to mistake him for a member of the Hell's Angels, are you?

9. Just Chillin on My Scooter 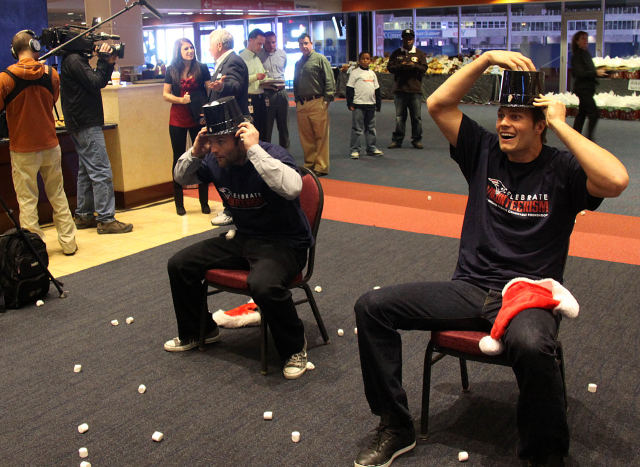 You know, Tom, most of us just get wasted and hit on the interns. We don't play weird games that involve top hats and marshmallows. 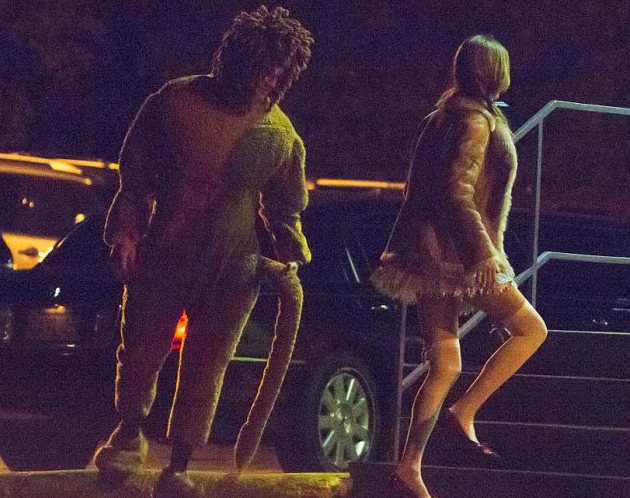 In fairness, if my wife was Gisele and she said she was going to dress up as a sexy Dorothy for Halloween and she wanted me to the the cowardly lion, I'd probably do it, too. 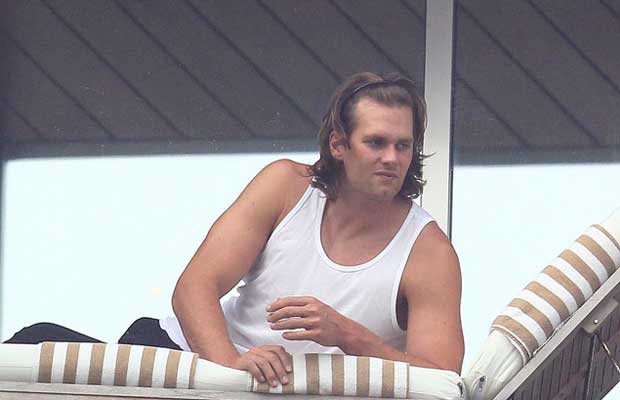 You sure using this hairband to keep by long flowing locks out of my face doesn't make me look like a woman?

Yep, that just happened. Tom Brady is officially your 52-year-old uncle who never got married and makes inappropriate jokes in the presence of your female cousins. 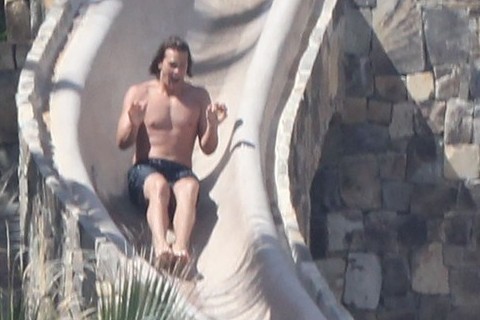 In fairness, he had just painted his nails. 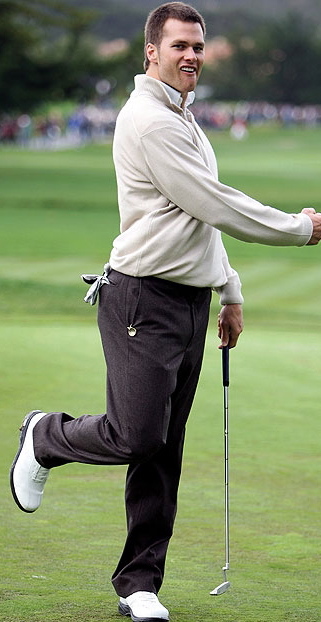 All that's missing is a tutu and a Hawaiian shirt and he'd look just like Ace Ventura. 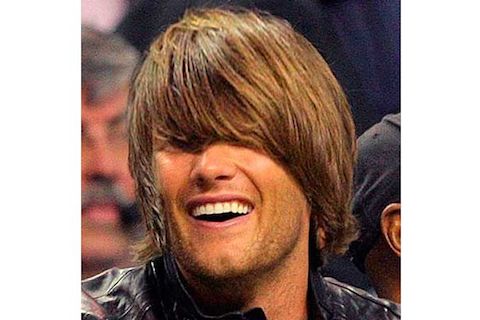 The greatest moment in the history of Tom Brady's hair? That would be the time he sat courtside at the NBA Finals in Boston sporting Justin Bieber hair. I mean, Jesus, even Bieber made fun of him for having Bieber hair.

...And Tom and Gisele never went to Carnival in Brazil ever again. The End.