The 9 Worst Teams to Make the NFL Playoffs 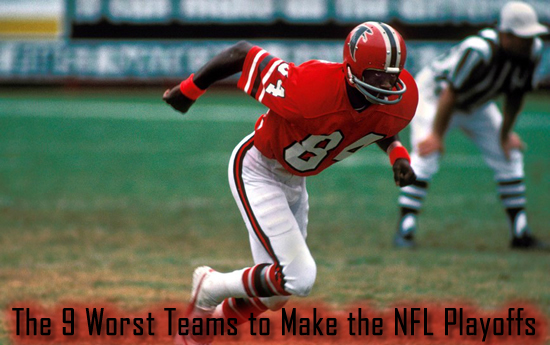 Underdog teams have always had an enchanting pull in the world of the NFL – those lowly franchises that have eked out season after season and yet somehow are given the chance to fulfill their destinies. If only each of these groups could be given their own Hollywood adaptation, all that heartache could’ve paid off. Typically these teams have been granted their time to shine through the wild card system, but there are those rare cases where a team has managed to get their act together, work crazy hard and get even crazier luck to make it to the playoffs. From stinkers to fast thinkers, we present you with the Nine Worst Teams to make the NFL Playoffs! 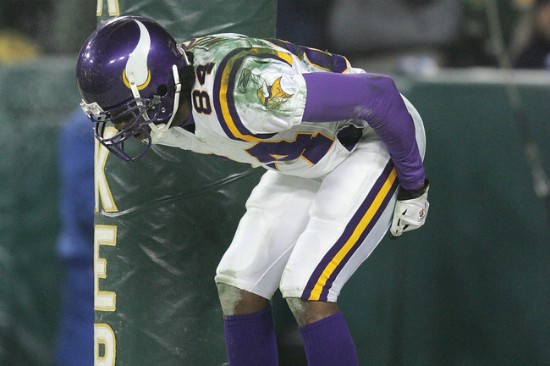 After some luck with the draft, the Vikings had amassed a team that included young favorites Duante Culpepper and Randy Moss, leaving all eyes on the twin cities at the start of the season. This Vikings squadron survived losing seven of their last ten games, which had most fans assuming that they’d simply fall by the wayside until 2005. But wild card lotteries being what they are, Moss and his boys were catapulted into the finals and given a shot at glory. Unfortunately for them, a little team called the Philadelphia Eagles - as lead by the legendary Andy Reid - decided to swoop down and give the Vikings a little dose of thunder. The team slumped back to the twin cities with a 27-14 loss. 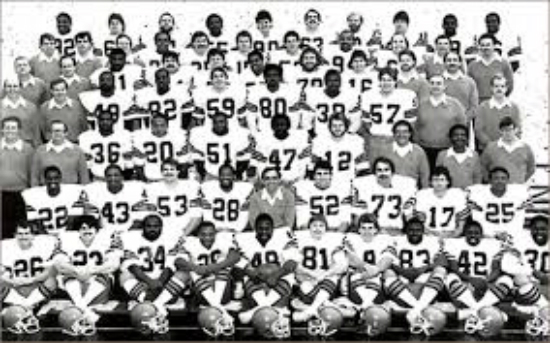 Every dog has his day. A lot of fans are hard on the dog house, but they should be proud to know that the Cleveland Browns were the first league team to progress into the playoff season with a losing record. Miraculously, the strike that had shortened the season that year worked to the advantage of these forlorn footballers and their 4-5 record meant they were eligible to go up against the Los Angeles Raiders. What followed wasn’t pretty. The Browns were spanked by the Raiders and have since existed, for the most part, in the realm of obscurity ever since when it comes to playoff magic. 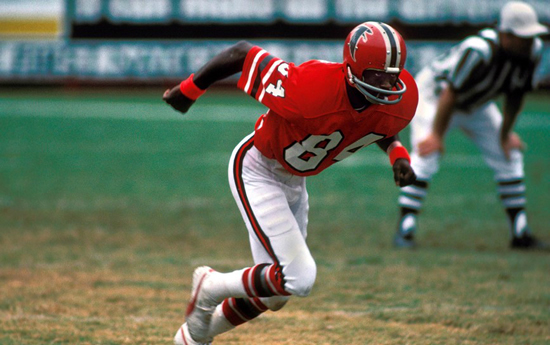 You never know what a wild card can do. These whirly birds came out of the gate with a 2-4 start to their season, but kicked out an oddball blast that somehow allowed them to get into a playoff bracket. By the time they were scheduled to go up against the Philadelphia Eagles, they had a 9-7 record. Even crazier is that quarterback Steve Bartowski and his team brought home their first playoff win ever for their franchise thanks to a wild card selection. Alas, as many of our lucky teams are wont to do, the Falcons took a nosedive when it came time to face the Dallas Cowboys in the next round of the playoffs. 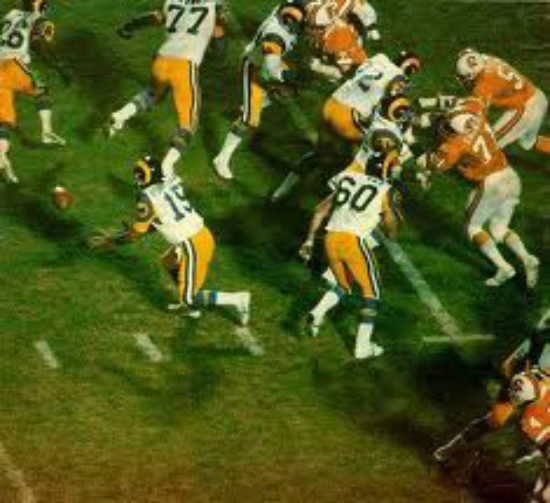 For this once-west-coast-located team, their aspirations seemed nearly as lofty as a Hollywood gamble. Quarterback Vince Ferragamo lead a mostly meh team through what seemed like an open-and-shut season. Then when it came time to face the Dallas Cowboys, Ferragamo and his boys miraculously knocked the Cowboys out of the playoff race at the last second. When it came time to face the Tampa Bay Buccaneers, the Rams went undefeated in a 9-0 series shocker. When it came time to actually play the Pittsburgh Steelers in the Super Bowl the magic had kind of work off and the team took a beating, losing their lucky shot 31-19. 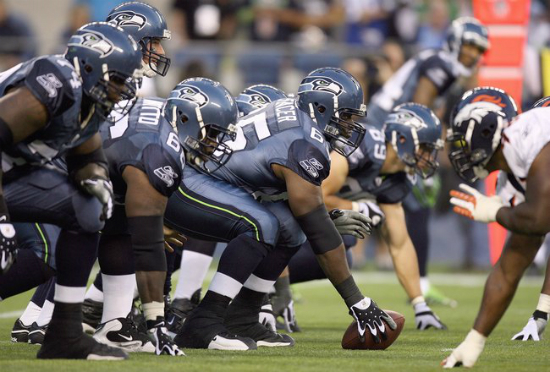 This team, with their 7-9 record, has gone down as one of the worst teams in NFL history to ever sneak into the playoffs. The team was cursed from jump street: no stand-out statistics for either the defensive or offensive squads, their roster was a rotating door all season and their coach Pete Carroll had been tossed into the mix after massive departures from previous seasons. It was fairly bonkers to witness this team pull out a division victory and then actually win one of their playoff games, bringing just a little bit of hope and magic to the franchise for the 2010 season. Here’s to flying below the radar. 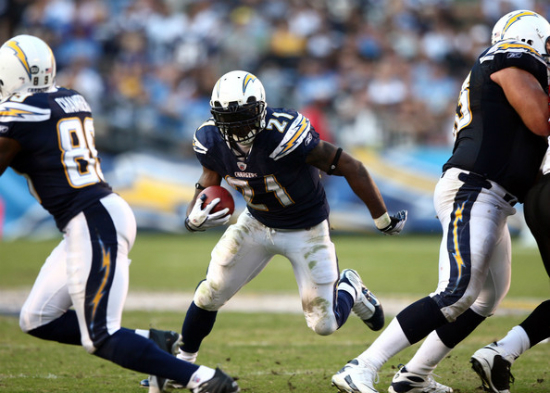 2008 was such a bizarre season and definitely one for the records. By the end of a brutal season in terms of injuries for both teams, both the San Diego Chargers and the Denver Broncos were tied for first place in the AFC West division. After a tiebreaker, the lightning team managed to electrify the Indianapolis Colts in an unexpected upset. By the time the boys in blue had worked their way into the next bracket against the Pittsburgh Steelers, they were no match for the team that eventually went on to take home the Super Bowl trophy. Considering their odds, the Chargers made the best out of an otherwise average season. 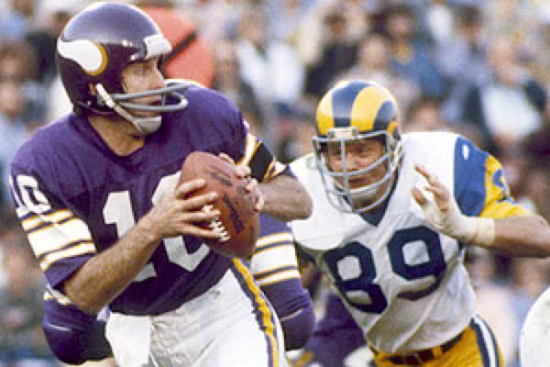 The Vikings have had a slew of great captains on their teams, but few have hung their jersey up with as much esteem as quarterback Fran Tarkenton. These guys had a fairly decent season, but had a reversal of fortune and started crapping up their final four regular season games: two losses and one tie. Once they hit the playoffs they were paired against the Green Bay Packers, squeaking by with a tiebreaking win that cast doubt on their championship chances. That doubt was confirmed the following week when the Los Angeles Rams, having hit a weird late-season stride, trounced the Vikings and sent them packing back to the snowy Midwest. 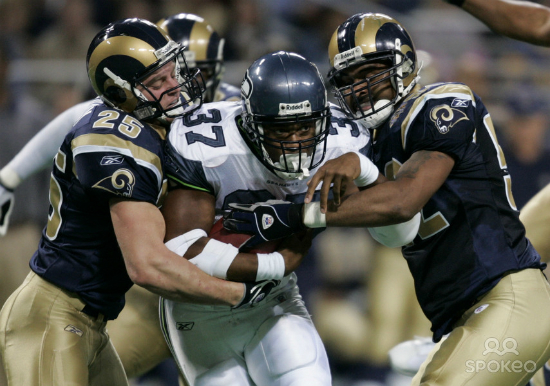 These guys didn’t let their regular season losses get their goat and their 8-8 record allowed them to, like most teams on this list of magnificent stinkers, get picked up for a wild card spot. Their previous season was fairly successful, so this squadron was able to pull it together against the Seattle Seahawks in the first round of their wild card spot. Things started to come unravelled for this Mike Martz-led cadre once they were put on the gridiron with the Atlanta Falcons. The latter team smooshed their defense and walked away with a thirty-point lead that gave these poor boys a serious case of the St. Louis blues. 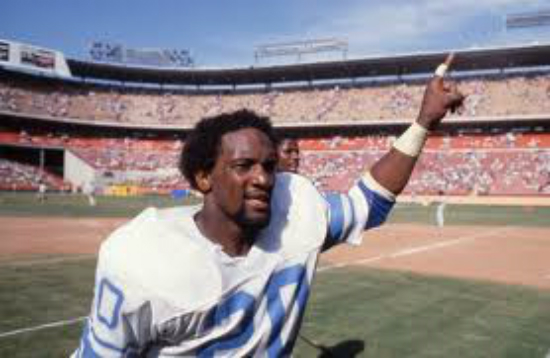 Like their northwestern neighbors, the Detroit Lions reaped the benefits of having a season cut short by a strike during the regularly-scheduled season. The Lions weren’t about to let the Browns be the only guys roaring into the playoffs with a losing record, so they made the most out of their 4-5 tally and managed to scrape together a victory when it came to their division. Gary Danielson and his crew finally had their tails clipped by the Washington Redskins and were sent home in the opening round. But hey, Eddie Murphy ended wearing that sweet jacket in Beverly Hills Cop so it all worked out.