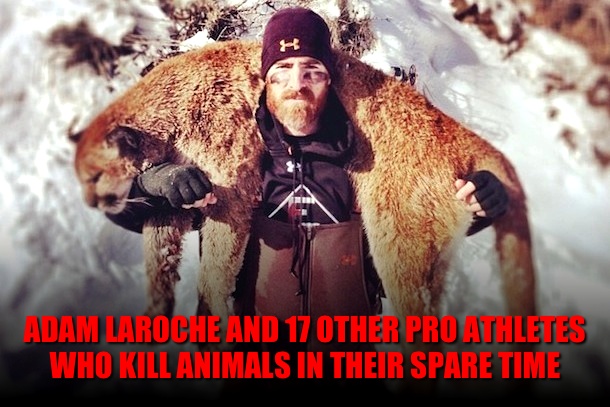 Last week, Washington Nationals first baseman Adam LaRoche made headlines across the interwebs after a Facebook pic of him holding a dead mountain lion—which he had just killed—went viral. As you would expect, some people denounced LaRoche for slaughtering such a beautiful, majestic creature when he could have given it a hug, while others praised his machismo and immediately proclaimed him the manliest manly man in pro sports.

Of course, regardless of where you stand on the issue, the fact is Adam LaRoche is hardly the first pro athlete to take an interest in shooting animals. Lots of pros, both past and present, have been avid hunters. Some you probably know and others you probably don’t. But one thing is for sure: there is no shortage of them. And today we’re going to take a look at the most notable ones.

Ready to be inspired/outraged? Then get clicking… 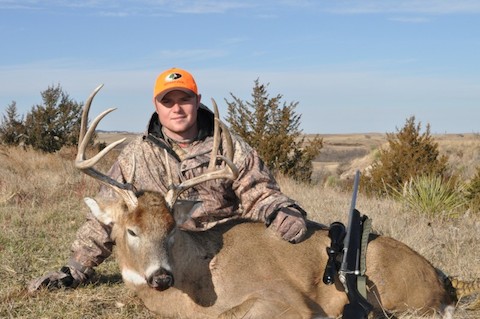 I wonder which trophy Jon Lester values more: this eight-point buck, or the Commissioner's Trophy he helped the Boston Red Sox win this year by allowing just two runs over 15.1 innings against the Cardinals in the 2013 World Series? Okay, it's probably the Commissioner's Trophy. But I'm sure the Tacoma, Washington, native is proud of his bucks, too. 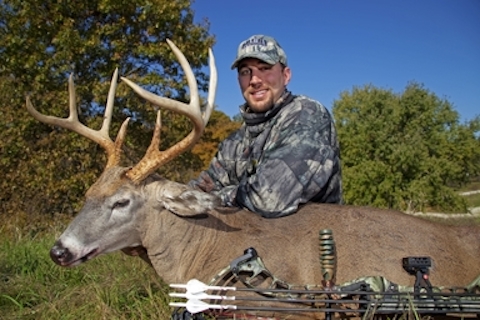 Speaking of the 2013 World Series, Adam Wainwright of the St. Louis Cardinals is also an avid hunter. And in his case, I'm sure he would have traded this eight-pointer for a World Series do-over. He went 0-2 and gave up six earned runs in 12 innings for an ERA of 4.50—which is pretty bad for a perennial Cy Young contender. 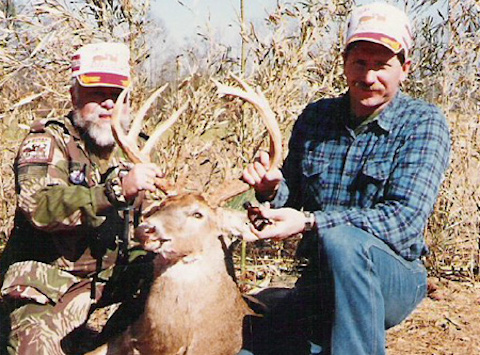 Was NASCAR legend Dale Earnhardt an avid hunter? Of course. In fact, his love of hunting sometimes rivaled his love of racing. In 1992, after getting a terrible seat at the annual NASCAR Awards Banquet, Earnhardt reportedly said to his buddy Rusty Wallace, "This sucks, I could have gone hunting." 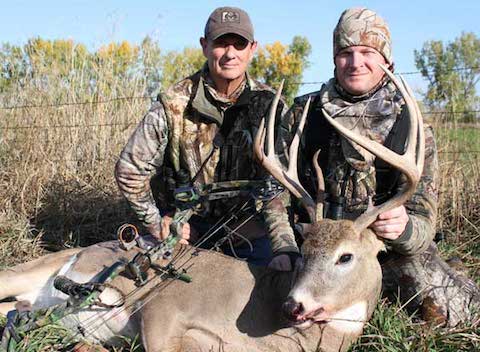 Like father, like son...except on the race track of course, where there is absolutely no comparison. (Sorry, Junior.) 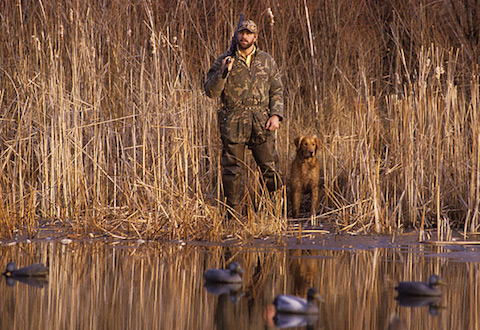 Kirk Gibson, who hit one of the most famous home runs in the history of baseball, is a very avid deer hunter. In fact, he owns his own 1,300 acre hunting ranch in Michigan along with former teammate David Wells and new World Series champion Jake Peavy. 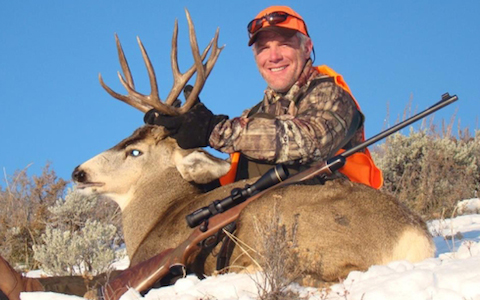 When he's not texting pictures of his dong to hot babes or making fun of himself in Foot Locker commercials, you can find good ole' Mississippi boy Brett Favre sitting quietly in a field, waiting for the perfect shot. 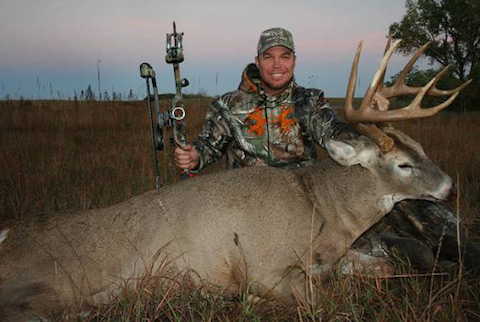 Speaking of good old boys, they don't come any gooder or older than former Atlanta Braves great Chipper Jones. And man, does this dude love huntin' some bucks. Along with the guy who inspired this list (that's Adam LaRoche, for those of you with a short attention span) and Willie Robertson (yes, the guy from Duck Dynasty), Jones is the co-owner of the Outdoor Channel show Buck Commander. He's also got his own show on The Sportsman Channel called Major League Bowhunter. 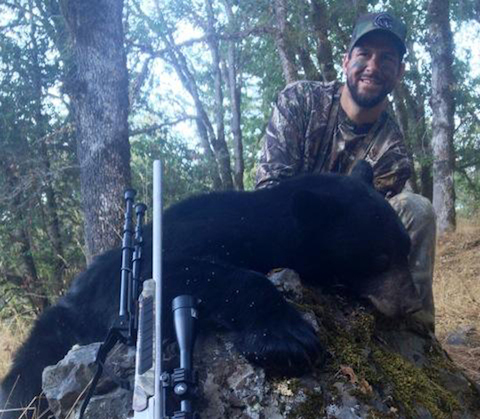 Former NBA center Brad Miller doesn't just hunt regular animals, like deer. No, this dude hunts things like alligators and bears. (Which apparently is legal. Who knew?) And apparently he texts pictures of all his kills to friends—none of whom are members of PETA, I assume. 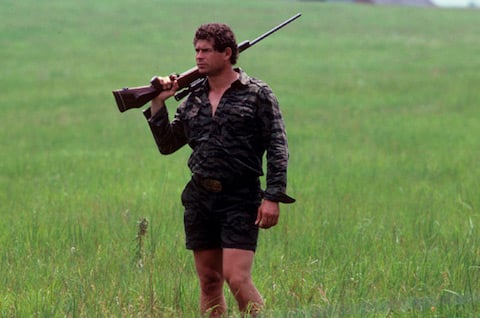 John Riggins is a former All-Pro running back with 11,352 career yards, a Super Bowl ring, a Super Bowl MVP award, and a plaque in the Pro Football Hall of Fame. However, since retiring from football he's devoted all his time to hunting, and now he even has his own TV show on the Sportsman Channel called Hunt.Fish.Feed.  Hunt.Fish.Feed isn't your typical hunting show where they just shoot animals for the hell of it. No, on this show, they feed the hungry with the game meat and fish they catch. Pretty cool, no? 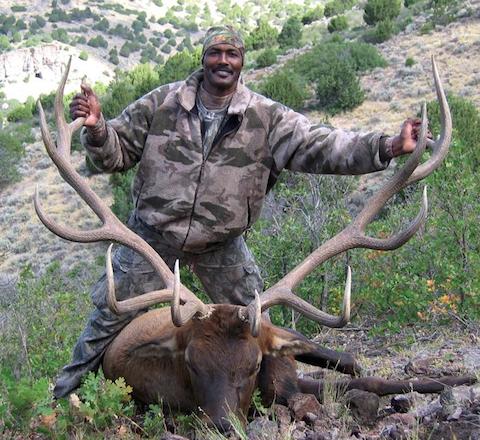 If it bleeds, Karl Malone can (and eventually probably will) kill it. The Mailman is a very avid hunter, and you can find pictures of him next to all kinds of dead animals—deer, giant elk, rams, and even grizzly bears. Yes, grizzly bears. 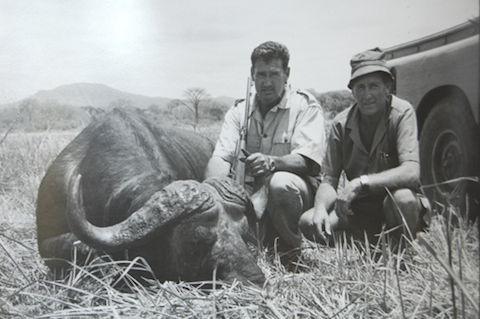 The only thing the Splendid Splinter enjoyed more than hitting baseballs was going on crazy Safaris and bagging wild animals like this here African cape buffalo. In fact, after Williams died, his third wife, Dolores Wettach, auctioned off a bunch of his hunting trophies—including some ash trays made out of the hoofs of the very cape buffalo you see here. 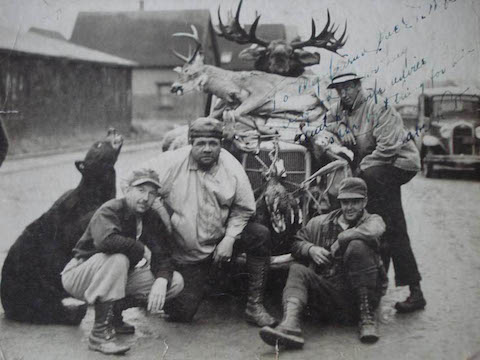 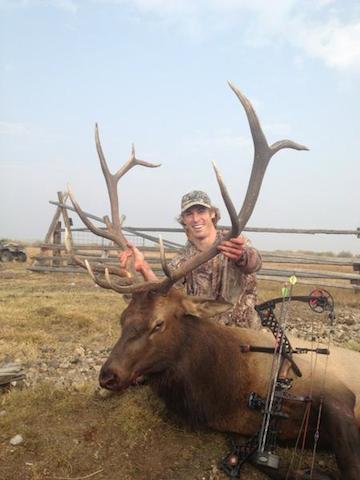 Vancouver Canucks forward David Booth is the Adam LaRoche of the NHL. Last year he made a pretty big splash of his own when a picture of himself and a giant (dead) mountain goat went viral, and since then he's become one of the most famous hunters in pro sports. 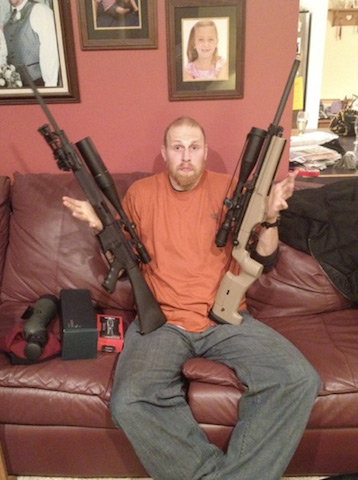 If you don't already think Chris Kaman is one of the creepiest dudes in the NBA, just do a Google image search of "Chris Kaman hunting" and tell me he doesn't look like a serial killer. 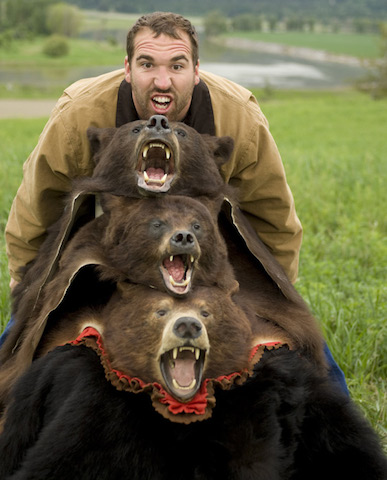 Some guys go out and mow down deer with semi-automatic rifles. Jared Allen went spear hunting on the television show Relentless Pursuit. Yes, spear hunting. If hunting takes man back to his primal roots, Jared Allen got to the primalest roots of all. 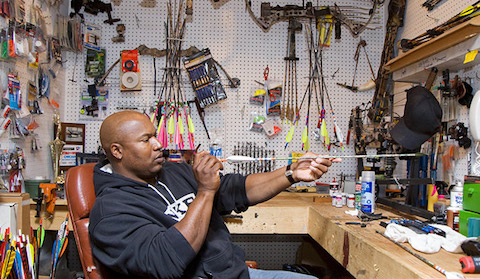 Bo knows bow hunting. That's why he has his own bow hunting show called Bo-Hunting on the Sportsman Channel. 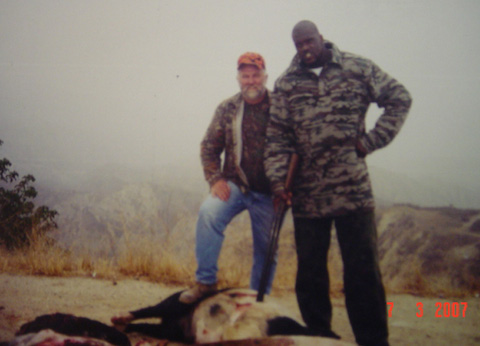 No, your eyes do not deceive you. That is Shaquille O'Neal standing over some sort of dead beast. The Big Aristotle apparently goes on hunting trips all the time—and he calls them "ShaqFaris," which is pretty much the best.