Chargers Fans Do Not Stay Classy, Beat the Crap Out of Trash-Talking Broncos Fan (Video)
NFL

Chargers Fans Do Not Stay Classy, Beat the Crap Out of Trash-Talking Broncos Fan (Video) 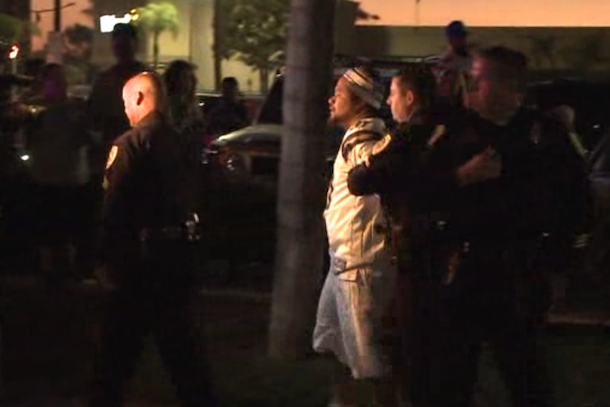 Well, they lost. Obviously. So everyone celebrated the Chargers’ good season…except for the one Broncos fan in the bunch who decided to go in there and talk trash. He got the crap kicked out of him by three Chargers fans.

According to Chris Biele of Fox 5 San Diego, said Broncos fan “came in like he owned the place,” so the locals made sure to inform him that he most certainly did not. Personally, I don’t like to say anybody deserves a beating. But seriously, Broncos dude, what did you think was going to happen when you talked trash to a bunch of Chargers fans after they just drank beer for four hours and watched their team lose?

Luckily, the cops were right there to break it up before this got really bad. Take a look: