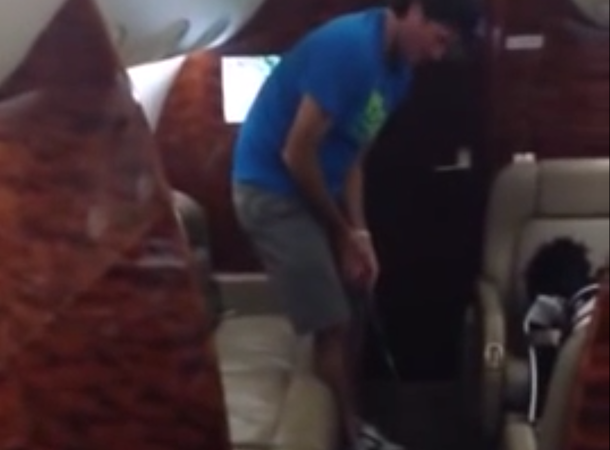 Normally, the slowest time of year for sports news is early- to mid-July. Football, basketball, and hockey are all done, leaving just baseball, tennis, and golf. And then baseball goes and takes a week off for the All-Star break leaving us with pretty much nothing. That’s why ESPN holds the ESPYs in July—they had to create something to talk about for two weeks just to kill time.

I mention all this now, of course, because the clip we are about to show you—Bubba Watson sinking a mini golf-style putt while flying on his private jet—is normally the kind of thing we’d see in the summer dead season. However, it’s apparently a really slow week, so last night this actually made the SportsCenter Top 10.

Impressive? Well, maybe the fact that a guy named “Bubba” has a private plane. But as for the putt, I’ve definitely seen better. You gotta love the man’s enthusiasm, though.