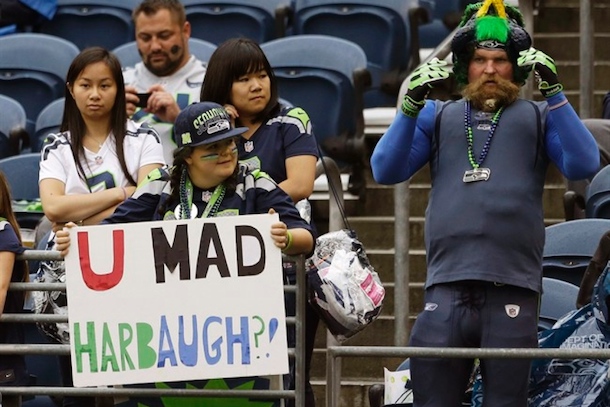 The Seattle Seahawks and San Francisco 49ers have had a pretty intense rivalry going for the last two seasons. Both teams have young, mobile quarterbacks. Both have rabid fans. Both are in the NFC West. However, now that they’ll be squaring off in the playoffs for the first time ever, the rivalry is really getting hot—especially where the fans are concerned.

What did they do? They found a Niners fan with tickets to this weekend’s game in Seattle, called her pretending to be somebody from the Seahawks ticketing department, and told her they were canceling her tickets.

Vulgarities ensued. Have a listen:

Could this be fake? Absolutely. But it could be real, and either way it’s a pretty good segment.