Team USA has unveiled their Ralph Lauren-designed uniforms for the upcoming 2014 Winter Games in Sochi, and….well, I’ll let you decide whether these are better suited for Olympic festivities or an ugly Christmas sweater party.

Here’s a look at the 2014 Team USA Opening Ceremony uniforms, which were unveiled earlier today: 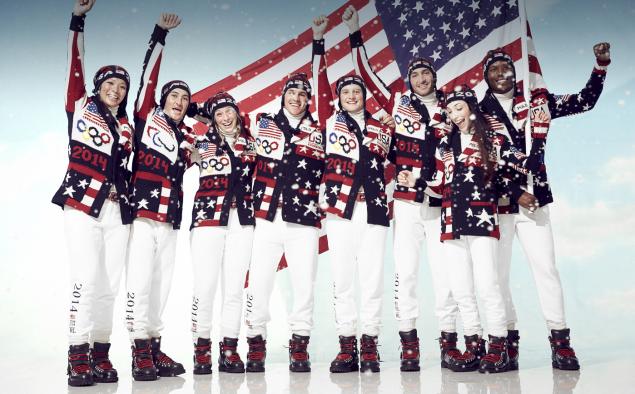 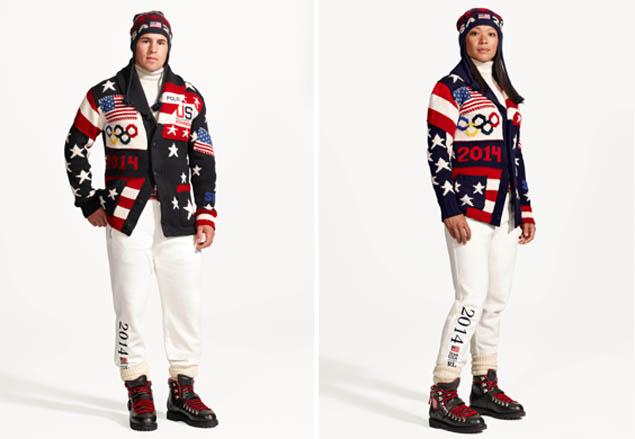 After receiving plenty of flack for having his 2012 Team USA uniforms made in China, Ralph Lauren stayed close to home for the manufacturing of these outfits, as they are made entirely within the United States of America.  And that fact is emphasized through the “Made in the USA” message that appears on every article of clothing in the collection.

Unfortunately, that homegrown feeling comes at a cost, as prices are substantially higher than normal due to the increased costs of manufacturing within the country.  The result is an earflapped wool hat that costs $95, white fleece pants that go for $165, a cotton turtleneck that’s priced at $245, and a polo cardigan with a whopping $598 price tag.

So, yeah, you can either spend hundreds of dollars to show off your patriotism during the Olympic games with these Ralph Lauren uniforms, or you can just settle for one of those $5 mini American flags.

I’m sticking with the flag.