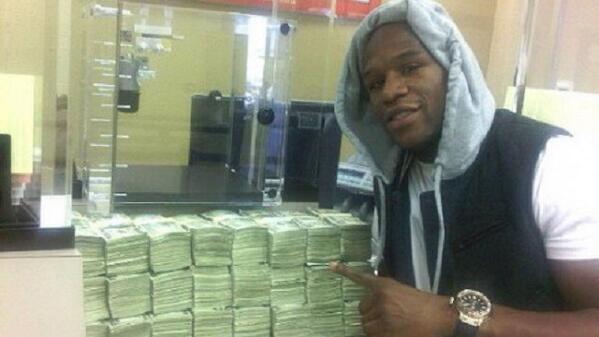 If you’ve noticed any unusual movement with the point spread for Sunday’s Super Bowl, it could have a little something to do with the $10.4 million that Floyd Mayweather Jr. dropped on the game.

To be more specific, “Money” Mayweather has placed his $10.4 million, with confidence, on the favored Denver Broncos to cover the two-point spread against the Seattle Seahawks in Super Bowl XLVIII, as confirmed by Vegas Gambling Steam’s twitter account:

And there could still be more to come from Mayweather:

Hopefully Floyd keeps this up so I can get the Seahawks at +3.5 by game time.