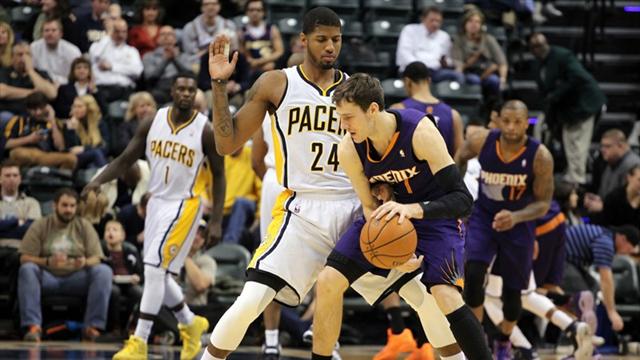 Not many teams have gone into Indianapolis to play the Pacers and come out with a victory—only one heading into Thursday’s action, to be exact.  And the Phoenix Suns would become the second thanks to the solid play of Goran Dragic.

Taking on the Eastern Conference’s top team, Dragic drained a game-high 28 points to go along with seven assists, three rebounds, and one steal during the Suns’ 102-94 victory.

With the win, the Suns have now won four games in a row and they currently find themselves sitting in sixth place in a very competitive Western Conference.  They have been doing it without any big-name players, but as long as they have guys like Dragic playing as well as he has been, they should find themselves back in the playoffs for the first time since 2010.