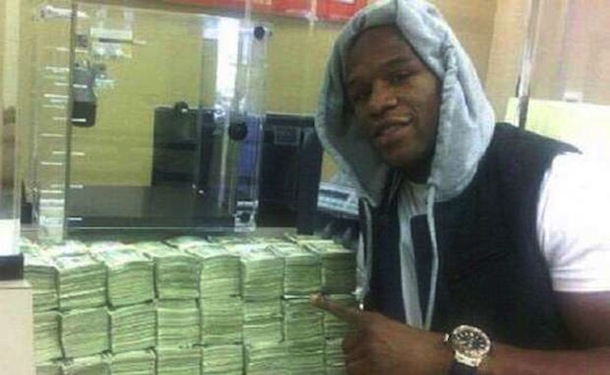 Well, the Seahawks won Super Bowl XLVIII, and as you may recall, stories were flying around the web last week that Floyd Mayweather Jr. had bet $10.4 million on the Broncos. So I guess the number one pound-for-pound boxer in the world is going to have to cut back a little until his next fight earns him another $30 million, right?

Well, apparently not. Last night, right after the game, Mayweather published this photo on his Instagram account: 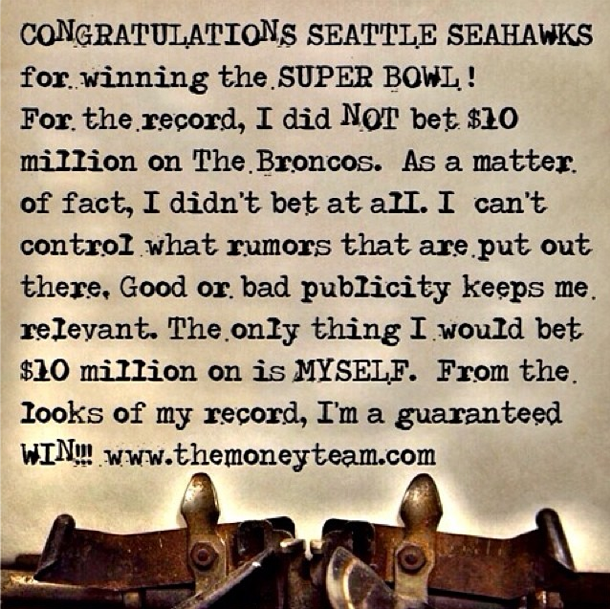 And here is Floyd’s caption for the photo:

So can we believe Mayweather here? Is he just trying to save face, or did he really not lose $10.4 million on the Broncos?

Well, given that the rumors were perpetrated by some shady sports gambling Twitter account, as well as the fact that the picture of Mayweather with all the money was actually from 2012, yeah, I’d say the denial is plausible.

However, I seriously doubt Mayweather didn’t make any bets on the game. The guy has a well-known reputation for wagering on sports.