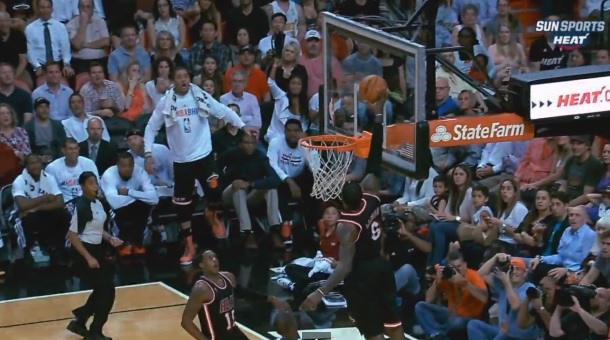 I won’t go so far as to say that the Miami Heat are finally rounding into championship form following consecutive victories over the New York Knicks and the Detroit Pistons, but I will suggest that the back-to-back defending champions have upped their game since entering the month of February.

And they reached their peak, literally, during the second quarter of last night’s 102-96 victory over the Pistons, as LeBron James went sky-high to finish off this picture-perfect fast-break.

And if you’d like to watch LeBron fly, over and over again, here’s the GIF: