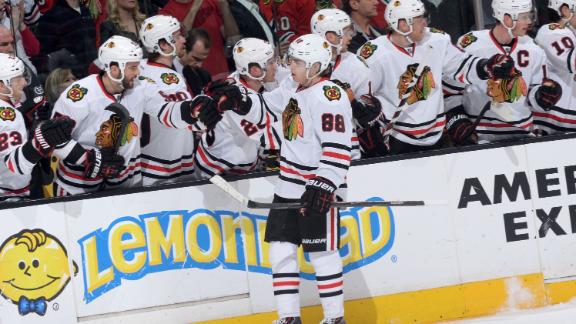 Patrick Kane was playing last night’s game against the Los Angeles Kings with a heavy heart after learning that his grandfather had passed moments before taking the ice at the Staples Center.  But that heavy heart would not weigh Kane down on this night.  Rather, it would propel him to a three-point performance, as the Hawks’ winger opened the scoring just over a minute into the game (after which he pointed to the sky in honor of his grandfather) and added another goal and an assist during Chicago’s 5-3 victory.

It was a great way for Kane to pay tribute to the man he called “a great friend,” as he earns “The Stat Line of the Night” for Monday, February 3, 2014.