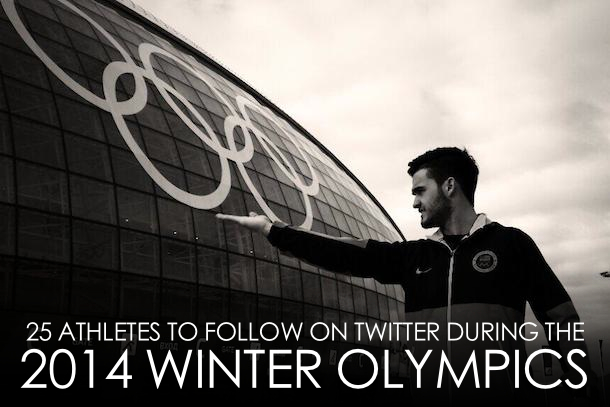 The 2014 Winter Olympics get underway tomorrow. That’s right, tomorrow. You probably thought they started Friday because the opening ceremony is Friday, but there are several figure skating, freestyle skiing, and snowboarding events that actually begin on Thursday.

In any case, if you’re as pumped as I am for the Games, then chances are traditional media sources aren’t going to cut it. Thus, you’ll want look elsewhere to satiate your thirst for Olympic knowledge. And the good news there is that just about every athlete competing in Sochi over the next 18 days is on Twitter. All you have to do is follow the right ones you’ll get an awesome inside look at what it’s like to actually be there.

So who are the right ones? Well obviously that’s ultimately up to you to decide. But I’ve got some suggestions to help you get started. Take a look.