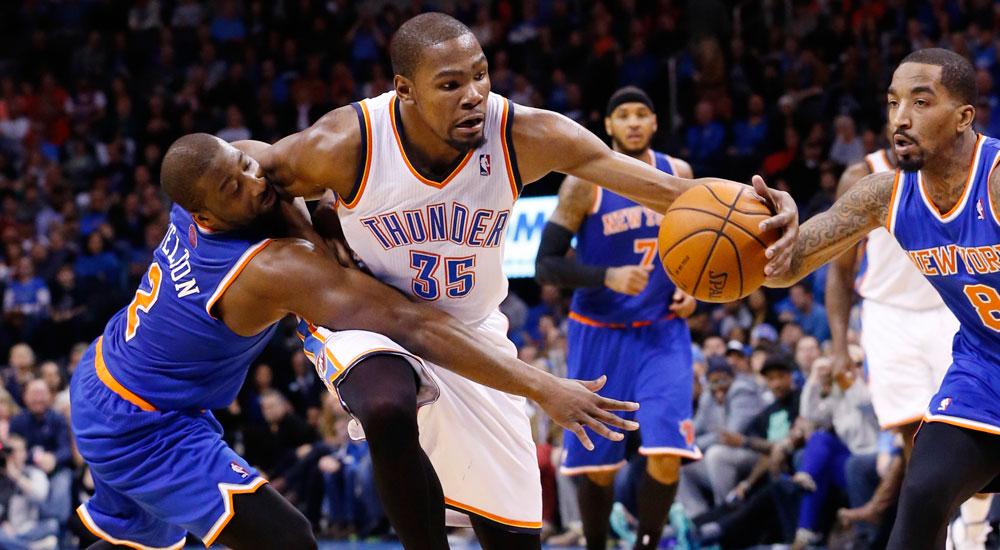 At this point in the NBA season, it may take a miracle for someone to steal MVP honors from Kevin Durant.

Durant has easily been the league’s most dominant force this year, averaging a league-high 31.2 points to go along with 7.6 rebounds and 5.5 assists per game.  And he would surpass each of those totals during yesterday’s home game against the New York Knicks, as the “Slim Reaper” recorded 41 points, 10 rebounds, nine assists, two blocks, and a steal during the Thunder’s 112-100 victory.

Durant’s performance on Sunday marked the sixth time in 2014 that the All-Star forward has surpassed the 40-point mark, and it earns him “The Stat Line of the Night” for Sunday, February 9, 2014.