On Saturday, the Dufour-Lapointe sisters from Montreal, Quebec, got Canada off to a terrific start at the 2014 Winter Games in Sochi, as Justine, 19, and Chloé, 22, claimed the top two spots on the podium in women’s moguls.

If claiming Canada’s first gold wasn’t already enough, being able to claim that medal while standing next to her older sister on the podium must have made the moment that much more special for Justine.  And that special moment was captured perfectly in a single image, which shows an emotional and incredibly photogenic Justine shedding a tear while listening to the Canadian national anthem play during her medal ceremony on Sunday. 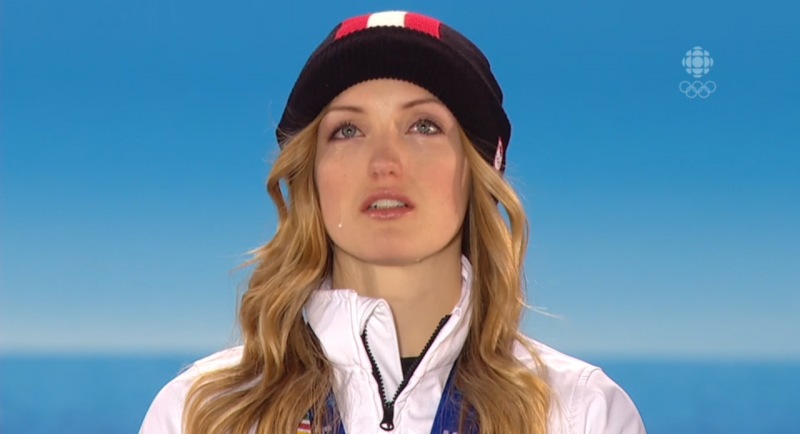 If there were a medal for “most photogenic athlete,” Justine would have her second gold of the games. 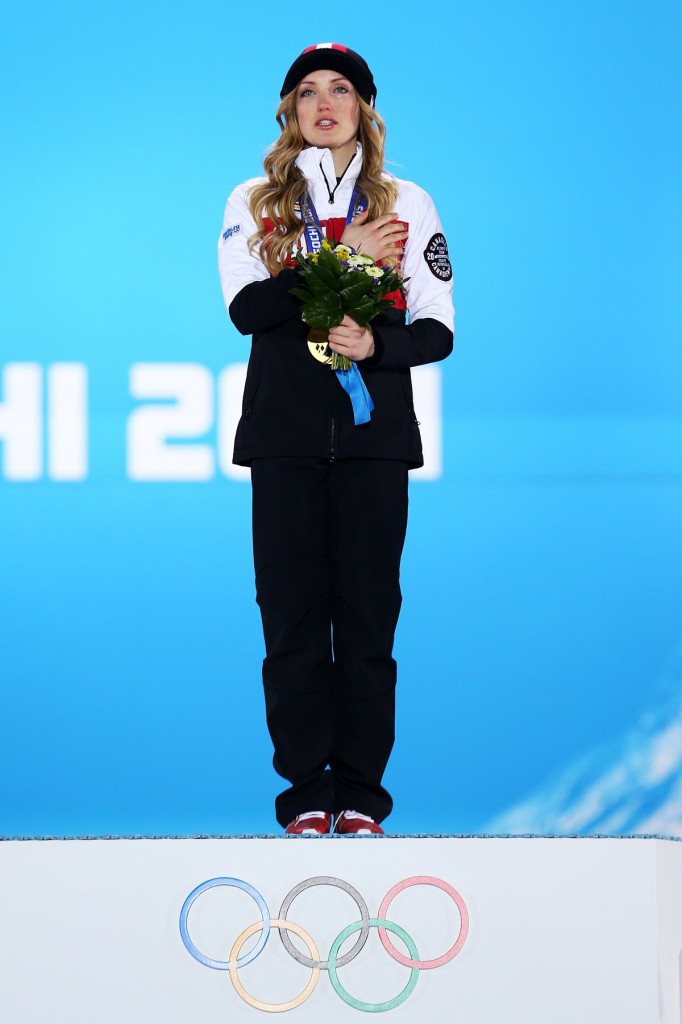