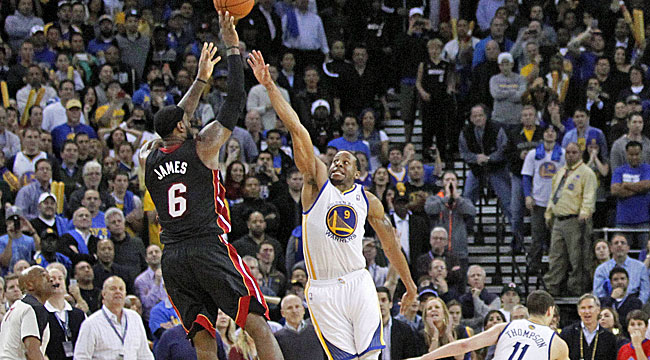 One night after taking down the Phoenix Suns, LeBron James was back at it, and this time it was the Golden State Warriors who he was keen on taking down.

For the second consecutive game, James was a dominant force, as he recorded game-highs in points (36), rebounds (13) and assists (9).  And if that wasn’t already enough, he also hit the game-winning jumper with just 0.2 seconds remaining on the clock to give the Heat the 111-110 victory.

As you’ve probably come to expect by now, a performance like that one is easily enough to earn LeBron the “Stat Line of the Night” for Wednesday, February 12, 2014.