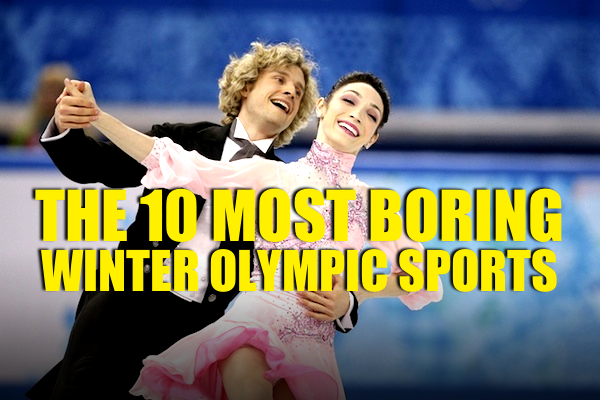 I am what you might consider an Olympics junkie. Whether it’s the Summer Games or the Winter Games, if the Olympics are going on my TV hardly gets turned off. I’m a total sucker.

That being said, there are some events that I simply cannot watch. It’s not that there’s anything inherently wrong with them, mind you. Unlike the Summer Olympics, which features rich people nonsense like horse dancing, the Winter Olympics doesn’t really have any events that flat out shouldn’t be there. They’re all respectable in their own way. It’s just that some of the events are absolutely no fun to watch for anyone who is a non-expert.

So which events at the Winter Games are the most boring? Obviously that’s a subjective question. But here’s my answer. Take a look, and by all means chime in. 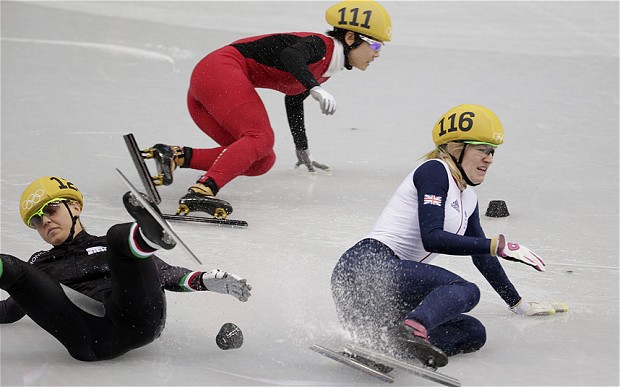 I heard somebody say on TV the other day that short track speed skating is the NASCAR of speed skating. I'm not sure whether that was meant to be a compliment or an insult, but the comparison was apt. Just like NASCAR, short track speed skating is occasionally exciting. Sometimes, for example, two racers will swap places several times, and that is fun to watch. Also, sometimes people crash and take other racers out with them, which is also fun to watch. However, most of the time short track speed skating, like NASCAR, is just four people going around in circles with almost nothing happening. The lack of space makes it almost impossible for somebody in the back to make it to the front unless someone wipes out, which means the outcome of the race is almost pre-determined. And of course, if people do wipeout early in a race, the rest of the time you're just watching one or two people skating in circles. Again, sometimes short track is fun to watch. Sometimes something cool happens. But most of the time it's pretty boring. 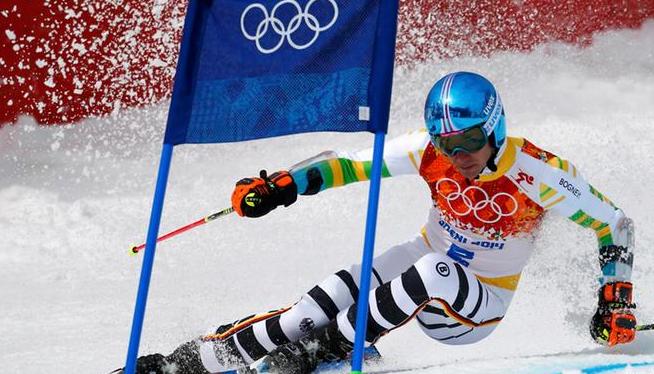 I love alpine skiing. The downhill? Badass. The giant slalom and super-g? Fun as hell. But the slalom? Yaaawn. It's not that I don't appreciate the athleticism involved. I totally do. These people are incredible, and what they do requires tremendous skill and dedication. But they really should make slalom the first event in the Olympics, because after you've seen people fly down a hill at 80mph, watching them go back and forth around some sticks is boring as hell. 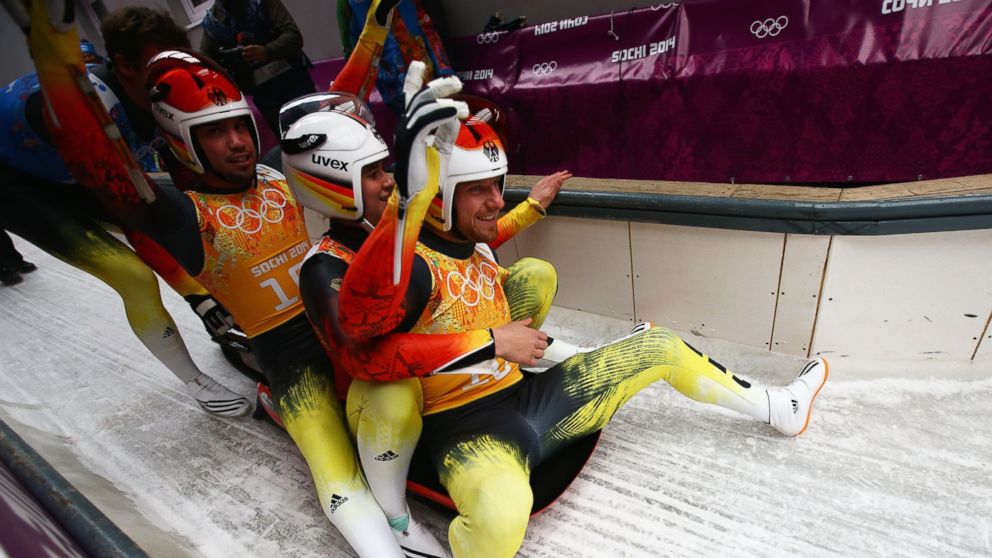 I know nothing about luge, so while it looks like something almost any decent athlete could do, I'm inclined to assume I just don't know what I'm talking about, and that there's actually a lot more to it. Besides, even if it is just extreme sledding, it's still pretty fun to watch for a little while. You know where they lost me, though? With the luge "relay." I tuned in thinking, okay, this should be pretty interesting. Is there a baton? How do they hand it off? Then I realized, oh, this isn't really a relay. It's just four separate races in four disciplines, then they add up the times. What's exciting about that? Figure out how to work a baton into the equation, then we'll talk. 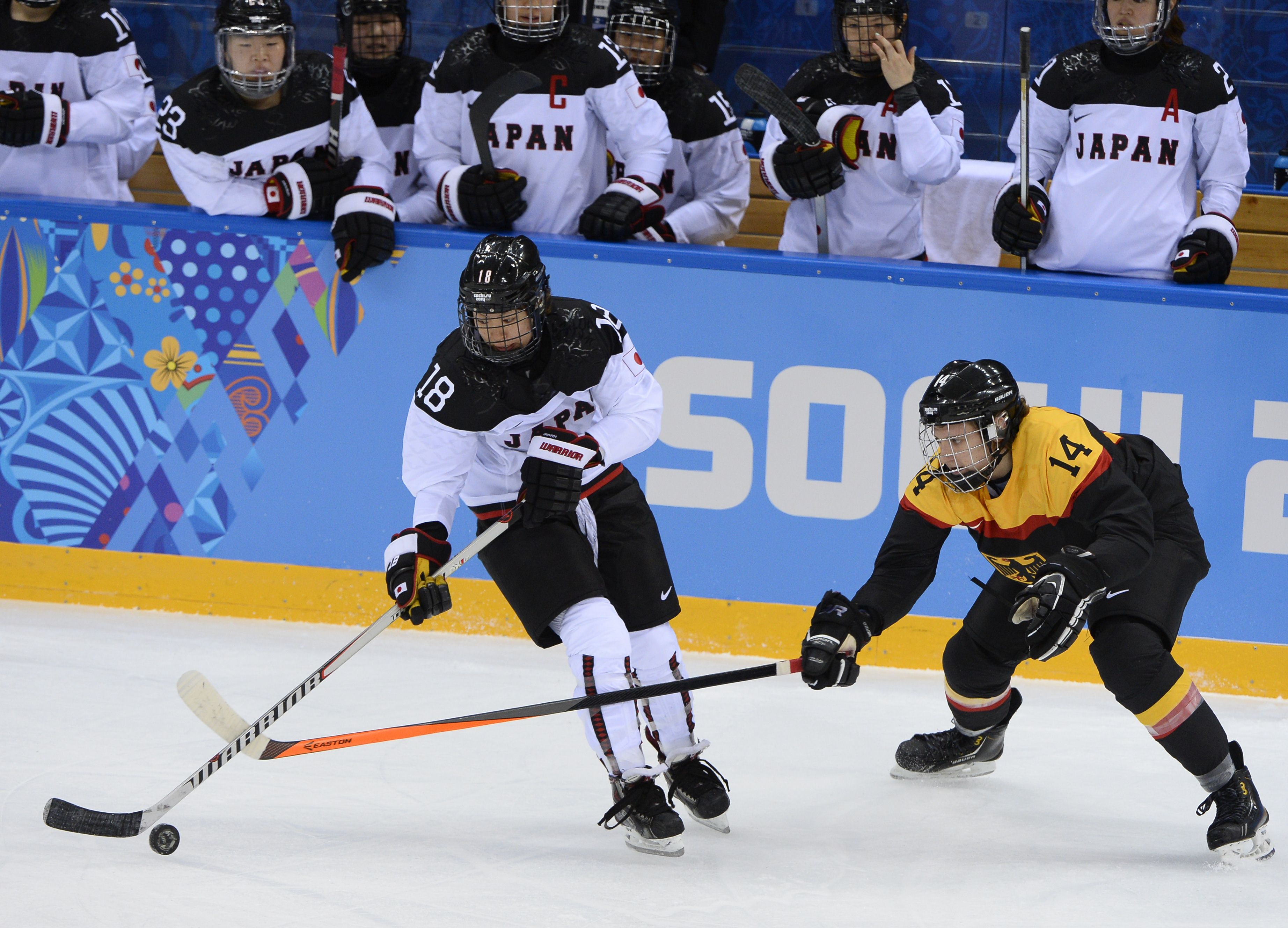 When Canada and the USA square off I'm totally down with women's hockey at the Olympics. Those teams hate each other, and they fight to the death. Unfortunately, Canada and the U.S. are also light years ahead of everyone else. This year, for example, Team USA beat Switzerland 9-0, and Switzerland won the damn bronze medal. So yeah, sign me up for the gold medal game. That'll be pretty entertaining. But the preliminary round is totally lame. 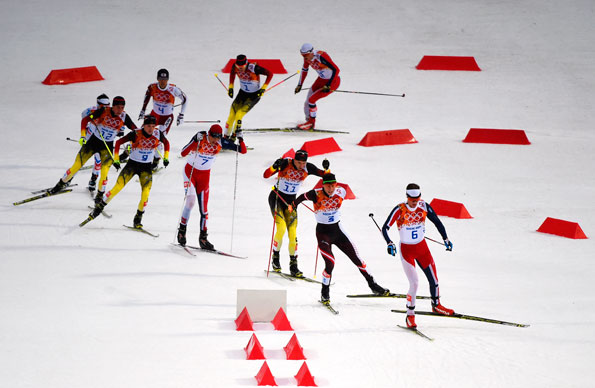 The nordic combined, in case you didn't realize, combines cross-country skiing and ski jumping. And that sounds kind of okay, since ski jumping is pretty badass, and cross-country skiing can be entertaining over shorter distances. However, like all multi-discipline Olympics events, you don't really get to see people who are the best at any one thing. You get to see people are pretty good at a couple of things.  Here's the bigger problem with nordic combined, though. The cross-country portion isn't a sprint, which is fun to watch. It's 10km for the individual events and 4x5km for the relays. That means, in all likelihood, those races are going to be total snooze-fests. So congratulations on making the Olympics, guys. You're all amazing at what you do. I'm just not going to watch you do it. 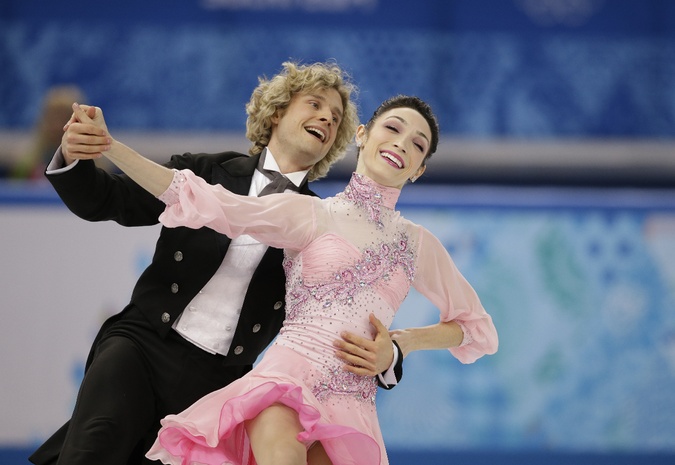 Ice dancing is the synchronized swimming of the Winter Olympics. It's aesthetically beautiful and physically impressive, and I have no problem at all with it being included in the Olympics. (Seriously guys, great work, you're all amazing.) However, I'm not going to spend one minute of my life watching people prance around on the ice when I could be watching people race as fast as they can down a mountain, or doing flips and twists three stories up in the air. 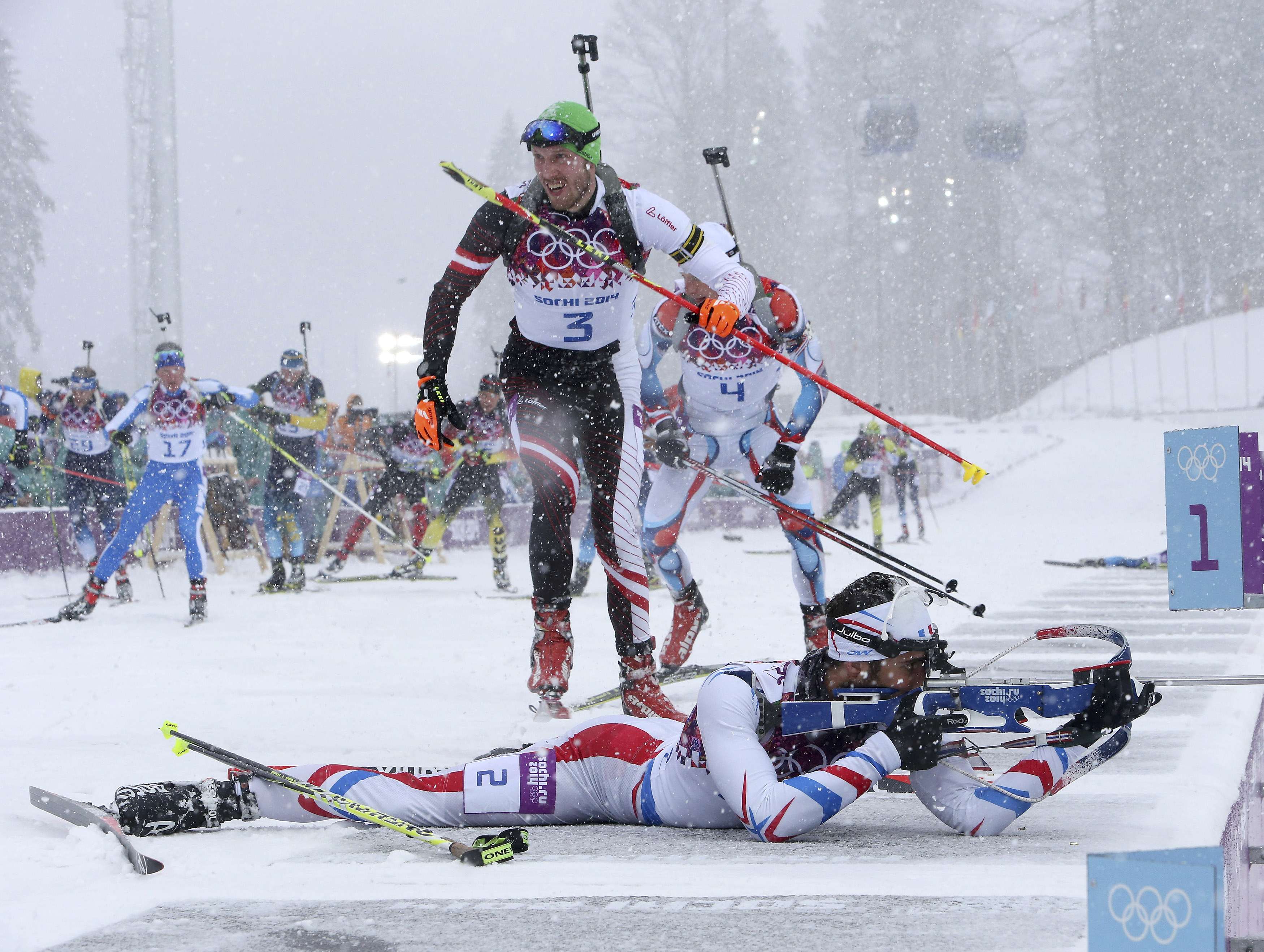 Unlike some people, I actually like the idea of biathlon. The sport originated as training for the Norwegian military who, in order to defend a country that's covered in snow much of the year, really needed to be good at skiing and shooting guns. So I do find it cool in theory. In practice, though, it just loses me. Do a lap, shoot some targets standing up. Do a lap, shoot some targets lying down. Repeat. Then there's the fact that the format is different for every event. Sometimes everyone starts all at once, but other times they start 30 seconds apart. Sometimes a missed target adds a minute to your total time, but sometimes a missed target means you do a penalty lap. It's all too much. To be sure, sometimes you do get an exciting finish in biathlon. But to get to it you have to watch 40 minutes of random skiing and shooting, and personally I don't think it's worth it. 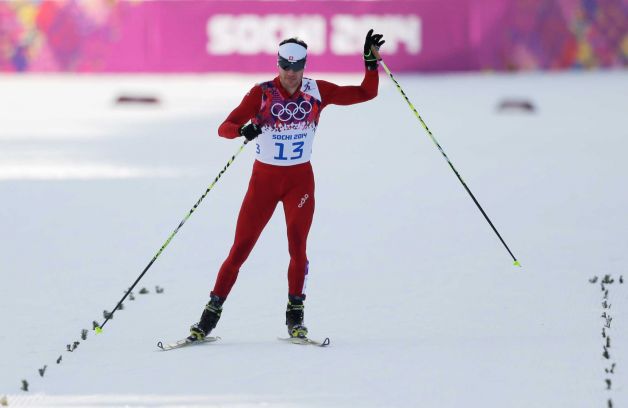 Contrary to popular belief, some cross-country races are fun to watch—especially if you aren't watching live and they cut out all the boring parts. I caught a rebroadcast of the women's 4x5km relay on Saturday and it was f-ing great. The women skiing the final leg for the Swedes made an epic comeback to overtake Finland and win the gold. It was fantastic. What's not so fantastic are the longer races like the 50km for men and the 30km for women. These are basically the cross-country equivalent of marathons, and they are exactly as boring as they sound. Don't get me wrong, there may be a photo finish at the end, and that might be cool. But I'm sure as hell not going to watch two hours just to be entertained for 30 seconds at the end. 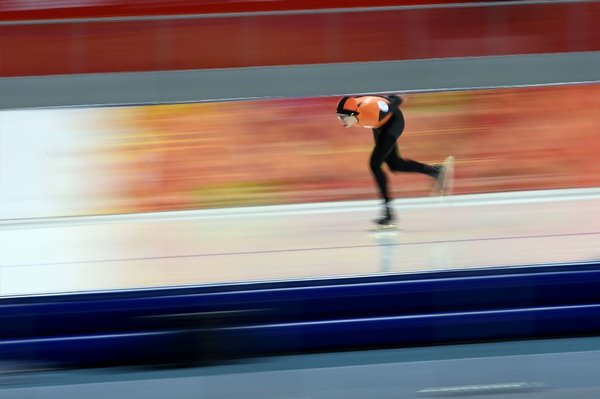 I can see how some people might not like speed skating at all, given that the athletes don't really race directly against each other like runners would. However, for the shorter and even the medium distances, I think most of us can watch a little speed skating. What most of us cannot watch, though, is the men's 10,000 meter race. Fourteen people compete in the event going two at a time, and each person takes somewhere between twelve and thirteen minutes. That adds up to 91 minutes of watching people skate in circles, which is pretty much insufferable. 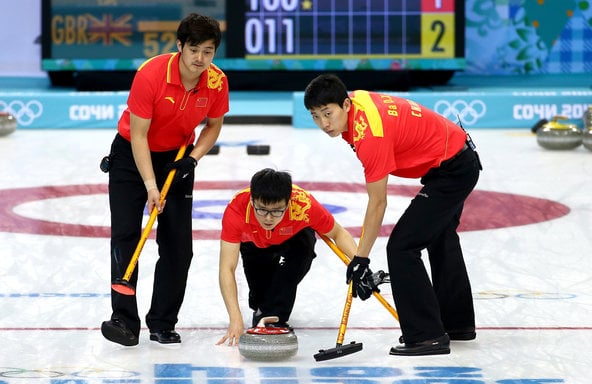 Curling looks like a pretty fun thing to do with a group of friends over a couple pitchers of beer. Hell, it might even be a genuine sport, though to be honest I'm not so sure. What I do know, however, is that curling is not fun to watch. Oh sure, it's exciting every once in a while, like when somebody makes a really great shot. But curling is mostly just a bunch of standing, crouching, eyeballing, and chatting that occasionally gets interrupted by somebody sliding a rock down a sheet of ice. So it's about as fun to watch for the average non-curling sports fan as a game of chess.