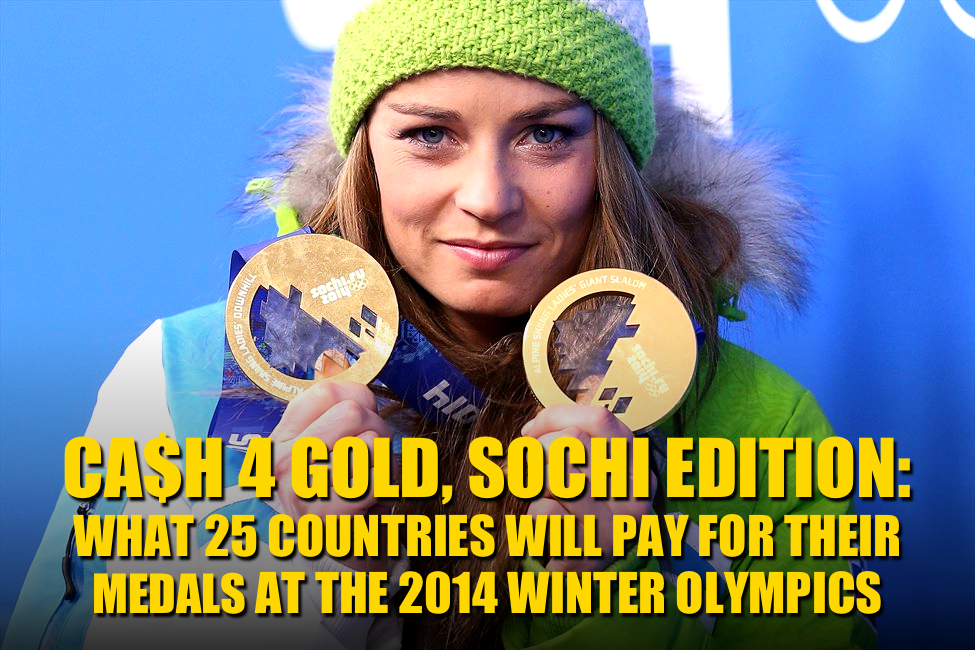 With the 2014 Winter Olympics now officially in the bag, a lot of sports experts are talking about the final medal standings and what it all means. Were the games a success for Russia even without a medal in hockey? Did the U.S. choke? Will the Netherlands just win all the speed skating medals the next time?

You see, almost every country at the Olympics gives monetary bonuses to its athletes for winning medals, and now that the Games are over they can add up the final bill. So who came out on the top of that list and faces the steepest bill for their success? That’s the million dollar question. Literally.

Let’s take a look, shall we?

(All figures in USD, via Bloomberg. All totals via my calculator.)