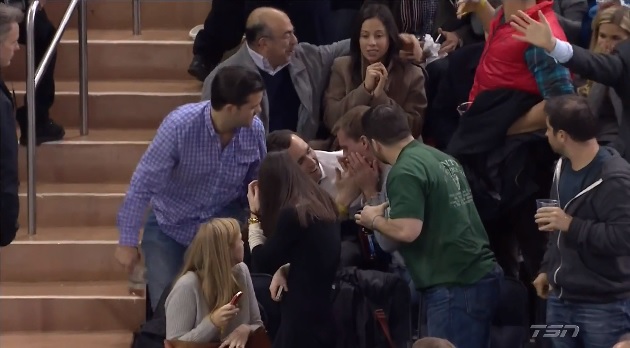 When you take your eyes off the play while in attendance at a hockey game, you not only risk the possibility of missing a great goal or an amazing save, but you also run the risk of taking an errant puck to the face.

One fan found that lesson out the hard way during last night’s game between the Toronto Maple Leafs and the New York Rangers at Madison Square Garden, as a deflected pass in the neutral zone during the second period caught him square in the face, resulting in a sore jaw and the need for some medical attention.