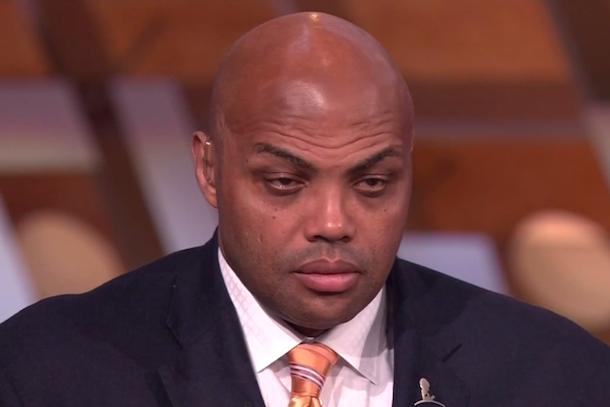 Yep, last night on NBA on TNT, Sir Charles lost interest in what was going on and started dozing off in the middle of the broadcast.

Did Chuck enjoy a few adult beverages before work? Did his next door neighbor throw a party the night before that kept him up all night? Who knows. All I know for sure is that his coworkers did not let him live this down:

And in case you want to compare Shaq’s impression, here are the obligatory GIFs:

Of course, Barkley’s little nap shouldn’t come as a huge shock to anyone. It’s happened before:

For Christ’s sake, someone get this man a cup of coffee.