As far as selfies go, the one Twitter user @RayFoy4 got on Saturday night at the Devils-Lightning game in Tampa Bay was pretty damn good.

It isn’t quite as historic as the one Ellen Degeneres took at the Oscars a few weeks ago, but it’s probably better than any you’ve ever taken. You see, the guy had seats right up against the glass next to the Devils bench, and when NHL legend Jaromir Jagr sat down at the end of the bench after one of his shifts, this happened: 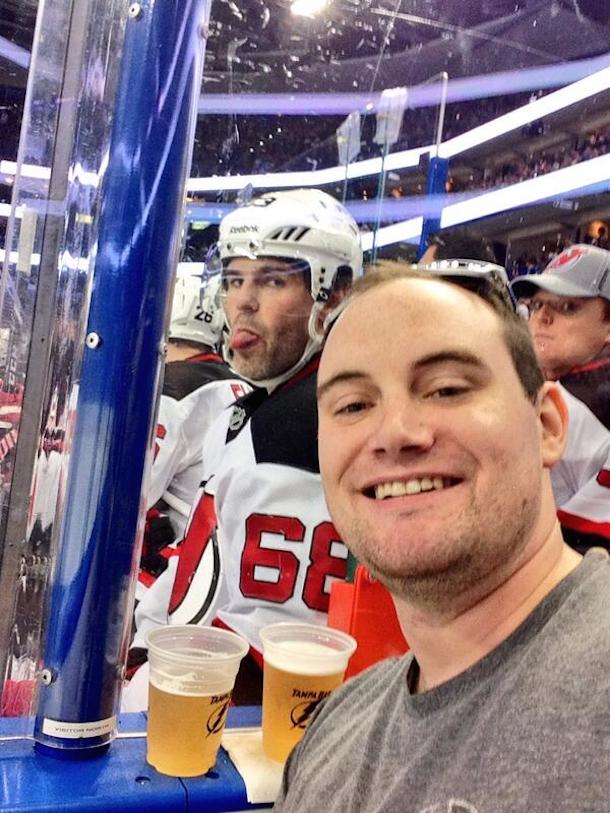 Who’s that sticking his tongue out in my picture? Oh, that’s just Jaromir Jagr, one of the seven men to ever score 700 goals in the NHL. Yeah, he’s pretty good. 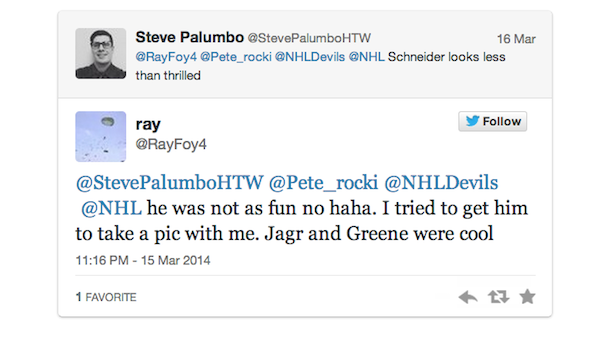 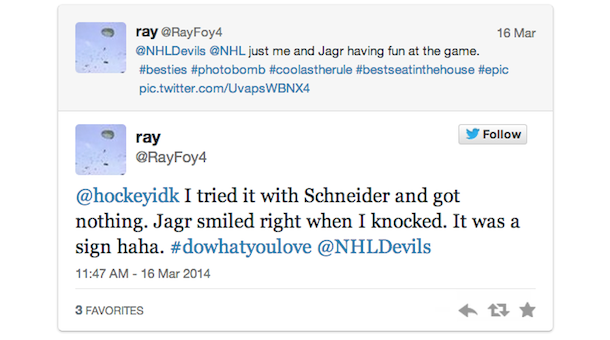 Well done, Ray, whoever you are. You’ve earned your 15 minutes of Twitter fame with one amazing selfie.