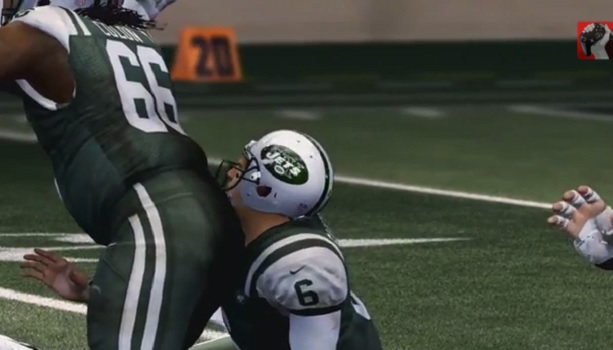 After being taken fifth overall in the 2009 NFL draft and producing five unimpressive seasons in the Big Apple, the New York Jets and quarterback Mark Sanchez have decided to part ways.

The Jets officially released Sanchez last Friday, and at the moment, there’s no clear indication of what’s next for the former USC Trojan—although reports indicate the Philadelphia Eagles are currently the frontrunners for his services.

What we do know for sure is that Sanchez’s career as a member of the New York Jets is over (for now), and the moment he’ll probably be remembered for most is his infamous “butt fumble.”

Therefore, it only seems appropriate for Jets fans to bid adieu to their failed first-round quarterback by immortalizing the butt fumble with it’s very own Madden version.

That’s what one Jets fan did, and the added touch of Sarah McLachlan really helps to put the finishing touches on this tribute to Sanchez’s time with the Jets.  Check it out: