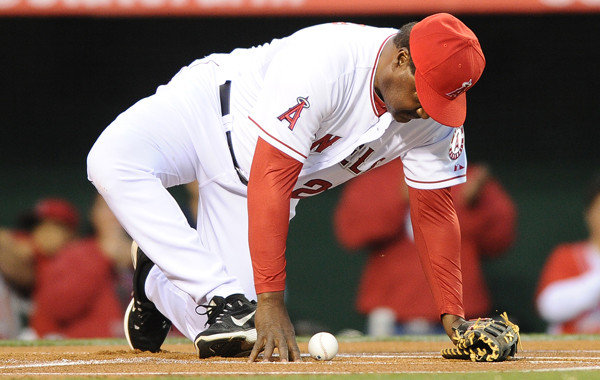 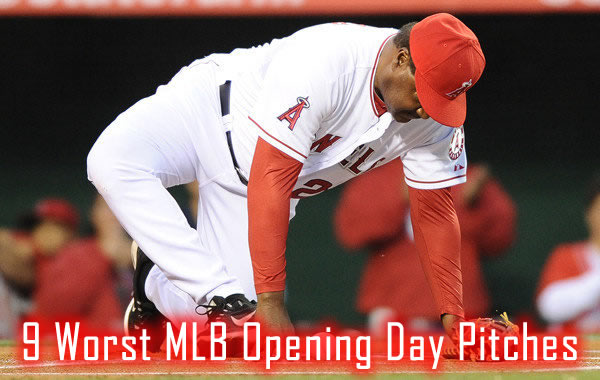 How bad can a ceremonial first pitch be on Opening Day of the baseball season? Pretty bad. While some of the danger lies in a wayward or weak toss that makes the honoree look like a spazz, most of it is simply the risk of embarrassment.

After all, what other ceremony has such a high potential for failure and is based on something so physical? Recipients of the Congressional Medal of Honor don’t have to bench press 200 lbs to be recognized, but normally, the threat is just that of screwing it up.

HOWEVER, every so often, you’ll get a pitch so bad that it causes injury. And it’s not easy to find humor in that, because it’s normally some old person, and it makes us realize that getting old is hard.

Thankfully, most instances don’t lead to injury, just jokes and shame. And those are totally fine to laugh at. In fact, we insist you do.

You don’t get let off the hook for being an elderly judge of the nation’s highest court, and you certainly don’t get let off the hook for being a woman. A person who signs up for the first pitch knows what they’re getting into. The BEST case scenario is that you look like a really, really weak pitcher. That’s the best thing that can happen, and no one ever tosses that well. To Sotomayor’s immense credit, she gets the ball there in the air, with a relatively focused pitch. However, points off for getting in the wind-up. If you start a wind-up on the fist pitch, you have to send the ball moving, otherwise you look like you have no idea what your own strength is.

If you think that there’s little correlation between being a University of Nevada = Reno school admin and a great pitcher…you’re right. Being good at one doesn’t necessarily mean you’re good at the other. Watch this guy fall over. Over. And over. Fortunately, he worked for the med school, so I’m sure he got tended to immediately for wounded pride.

8. Administrator Throws Himself Over With The Ball

Two years ago, Cincinnati’s head honcho, Mark Mallory, stepped to the mound to throw out the first pitch, as mayor’s often do on opening day 2007. And it was awful. The throw was errant from before it even left his hand. If the path to the catcher was 12 o’clock, Mallory’s pitch headed off towards 9:30 or so. I guess the only thing to do after a pitch this bad is walk off all cool and blasé about it. Which kind of makes you look like a jerk, but it’s probably better than breaking down and crying on the mound. Basically, there’s no good course of action after making an effort this bad.

As I said, an embarrassing act that leads to injury, especially by an old person, isn’t particularly funny. So let’s get yesterday’s Don Baylor catching Vlad Guerrero’s opening pitch (which lead to Baylor breaking a leg), out of the way. Not only is squatting to catch a ball hard, but when you’re in front of thousands (maybe millions with TV), you want to bring your A-game. And your body and mind might differ on what level you’re A-game resides. Then you end up with a broken leg, and writers like me make lists like this. Feel better, Don! Know your limits!

The people with the most to lose by embarrassing themselves on a first pitch are a) athletes, and b) sex symbols. An athlete thrives on intimidation, and LeBron James will have a hard time putting the fear of God in a small forward if a few days before the playoffs, he couldn't get the ball to the catcher. Ronaldo is both an athlete and sex symbol, and I’m guessing this pitch at Dodger Stadium caused him to lose credibility as both. It makes it to the catcher, but it doesn't scream “world class athlete” or even “good in bed.”

Now we’re back to the “so bad it’s good” section of the list. Gary Green, a man with an awesome name who happens to be CEO of the AAA Omaha Storm Chasers, took to Citi Field to toss out a first pitch that ended up shattering glass. Where does one find glass on a baseball field? Protecting the cameras far behind home plate and off-field. Enjoy the catcher barely moving a muscle when he sees the trajectory of the toss. It adds to the shame factor, which naturally adds to the humor.

In the realm of pro athletes who lose face during a wayward ceremonial first pitch, no one has more to lose than an active pitcher (though active pitchers really don’t throw out first pitches. That would be redundant.) The class of person with the next-most to lose would be a legendary former pitcher. There might as well be a neon sign hanging over Nolan Ryan’s head yesterday that flashed the words “You can’t go home again!” as he let a pitch fly past Craig Biggio. And it’s not like Craig Biggio can’t snag a slightly errant pitch. This is what happens when athletes become execs. Ryan threw more no-hitters than any other pitcher, and struck out 5,000 batters. You’d think he’d be able to get it to the plate. Even twenty years later.

Not only did Jon Jones fall down (not literally) on the job when tossing out a first pitch, but then he tried to deflect the goof by playfully picking a fight with the Jays mascot. That just makes him look like a bully. YOU LEAVE THAT POOR BIRD ALONE, JON. STOP KICKING IT! Fortunately, it appears only six people were in attendance to witness Jones' failure.

Surely, there’s some sort of vetting process for a first pitch. I mean, for the sake of the thrower’s reputation and, to a lesser extent, the reputation of the team. I mean, Carly Rae’s pitch is so bad, it reflects poorly not just on her, but on the Rays, all pitchers, and casts a shadow over humanity in general. This is perhaps the most embarrassing moment Jepsen’s professional life, though the jury’s still out until we hear her "Call Me Maybe" follow-up.

1. Carly Rae Jepsen’s First Pitch Goes About As Well As You Would Guess