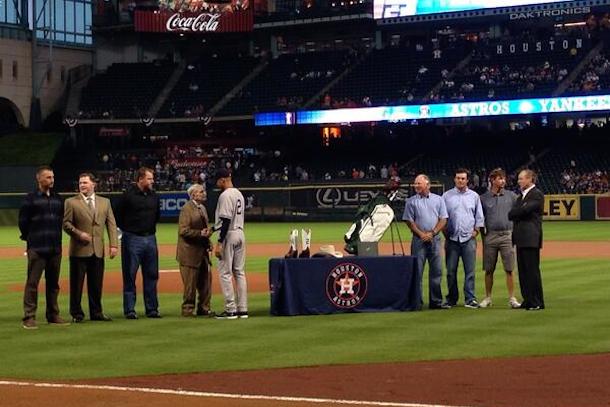 Before last season, legendary Yankee’s closer Mariano Rivera announced he would be retiring at season’s end, and as a result, he got a pretty good sendoff with special gifts and pre-game ceremonies in every city the Yankees visited.

But if you thought that was impressive, hold on to your hats. Now that The Captain, Derek Jeter, has declared that 2014 will be his last year, we’re about to see the retirement farewell tour cranked up to a whole new level. In fact, though the season is just three days old, Jeter has already received his first farewell gifts.

You see, the Yankees opened against the Astros in Houston this week, and since this is the only time the Bronx Bombers will be there all season, this was the Astros’ only chance to shower the man with gifts he could have purchased for himself.

First up? Obviously, since the Astros play in Texas, the requisite customized Stetson hat and cowboy boots: 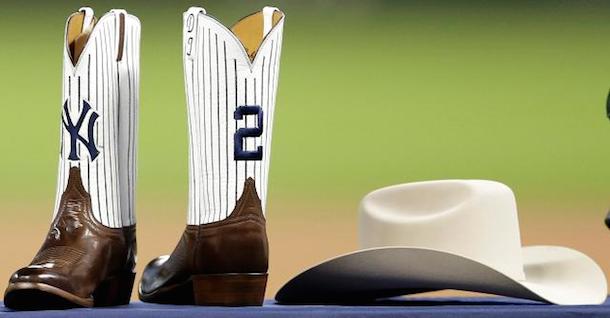 That wasn’t all, though. The Astros didn’t want to look cheap, so they also gave Jeter a set of golf clubs (’cause he probably didn’t have any already), a vacation to Florida (’cause he’s probably never been there), and golf lessons with golf-pro Butch Harmon: 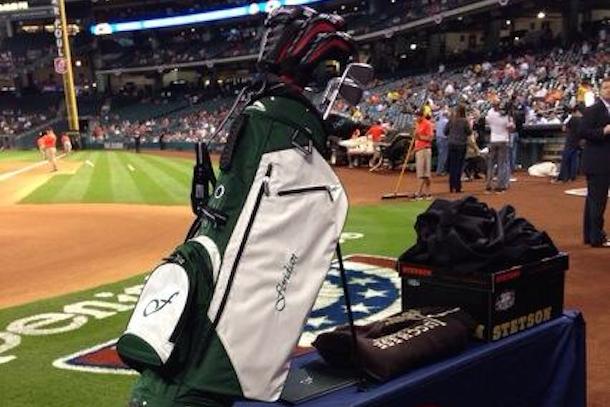 I wonder if those boots have spikes on them so Jeter can actually wear them while golfing?