9 College Basketball Teams with the Most National Championships 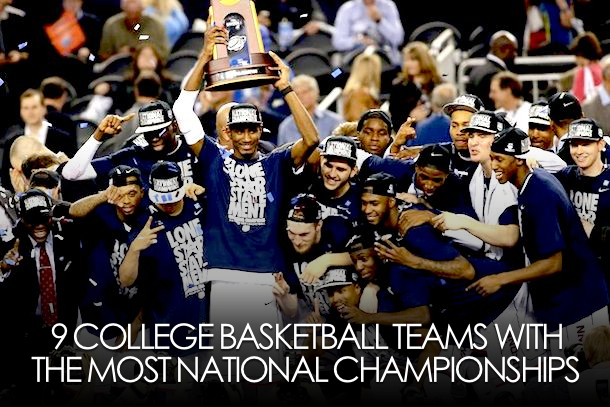 In terms of seeds, last night’s NCAA men’s basketball national championship game between UConn and Kentucky wasn’t that exciting. With the Huskies a seven-seed and the Wildcats an eight-seed, the final game of the 2014 NCAA Tournament featured the highest combined seed total ever, which kind of makes you wonder why teams bother playing all those regular season games.

That being said, when it comes to pure college basketball pedigree, championship match-ups don’t get much better. Heading into the game last night, these programs had 11 national championships between them, with five coming since 1996. Thus, whichever team won, they would be adding another chapter to a legendary history.

Of course, as you know by now, that team was UConn. They beat UK 60-54, and moved up a spot on the list of teams with the most national championships.

Want to see where they rank now? Click on the arrows and have a look. 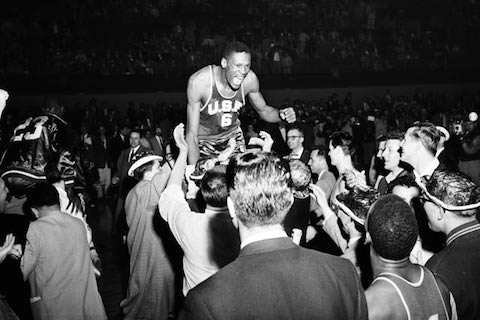 Florida – 2006, 2007 Michigan State – 1979, 2000 N.C. State – 1974, 1983 San Francisco – 1955, 1956 Oklahoma A&M – 1945, 1946 For a while it was looking like the Florida Gators were going to break out of this five-way tie this year and win their third championship in a decade. However, it turned out to be UConn's year. As for the other teams with two national championships, only Oklahoma A&M (now Oklahoma State) and San Francisco (led by Bill Russell, pictured above) had what you would call "dynasties"—though Tom Izzo's Spartans are at least contenders almost every year. 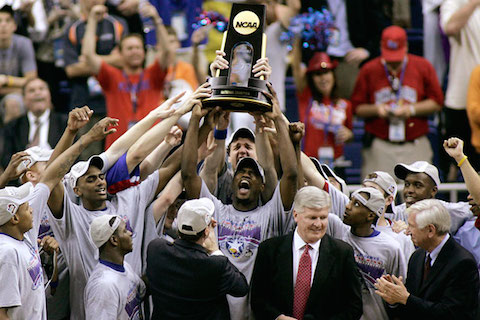 Championships: 1952, 1988, 2008 Every year the Kansas Jayhawks are in the top 10, which means every year they get a 1, 2, or 3 seed in the Big Dance. However, the legendary program "only" has three championships under its belt. So I guess they're kind of like the Atlanta Braves of college basketball—always good, but rarely winning it all. 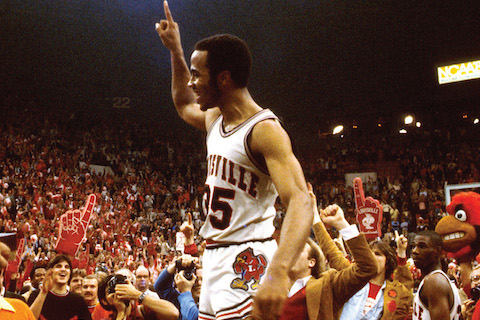 Championships: 1980, 1986, 2013 The Louisville Cardinals had a little bit of a championship drought between 1986 and 2013. However, during that span they only had two coaches—Denny Crum until 2001, Rick Pitino ever since—and they've only missed the Big Dance six times. As for the Pitino era, it took a little while for the program to get going again after he took over for Crum, but since 2005 they've made six trips to the Sweet 16, six trips to the Elite Eight, and three trips to the Final Four...with one win in the championship game. 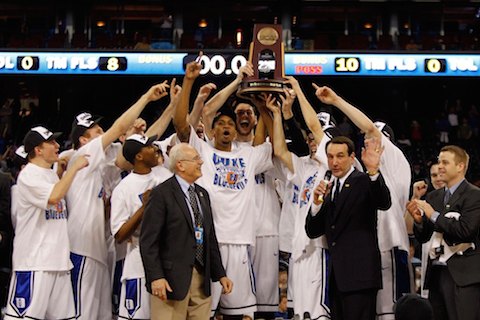 Championships: 1991, 1992, 2001, 2010 Duke is kind of like Kansas—they're good pretty much every year, which means they almost always have a No. 3 seed or better in the NCAA Tournament. The only difference? Under Mike Krzyzewski they've got 11 Final Four appearances and four championships in the same span it's taken KU to win just two. So they're a little better at winning when it really counts. 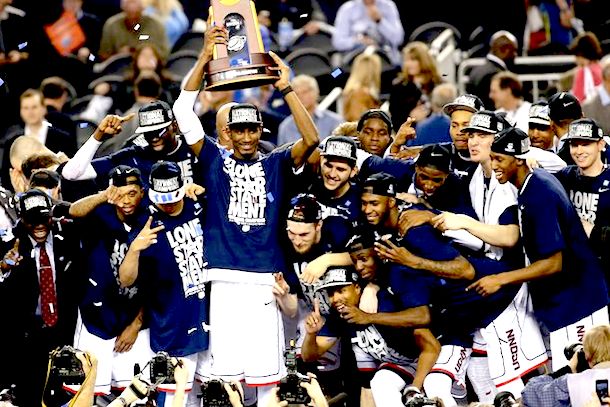 Championships: 1999, 2004, 2011, 2014 The UConn Huskies may not have a storied past, but with last night's championship victory—their fourth in a span of 16 years—they've certainly cemented their status as one of the great programs of the modern era. In five trips to the final four the Huskies have only lost once, and they're now 4-0 in national championship games. However, only once did the Huskies win a championship as a #1 seed, and that was their first in 1999. In 2004 they were a #2 that beat a #3 (Georgia Tech) in the final; in 2011 they were a #3 that beat a #8 (Butler); and this year they were a #7 that beat a #8. It couldn't be luck, though...right? 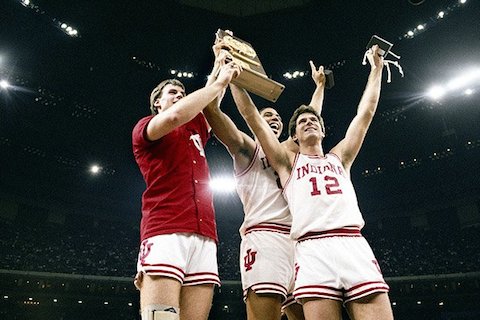 Championships: 1940, 1953, 1976, 1981, 1987 College basketball fans born in the mid-80s or later (who haven't seen Hoosiers) may not realize it, but there was a time when the state of Indiana was the center of the basketball universe. And this was thanks, in large part, to the Indiana University Hoosiers. After winning two championships under coach Branch McCracken—seriously, Branch McCracken—they won three more under Bob Knight, the third-winningest coach in college hoops history. Unfortunately, the Hoosiers have fallen pretty fall since 1987. Yes, they've made eight trips to the Sweet 16 since then, but they've only made two trips to the Final Four in the last 25 years. 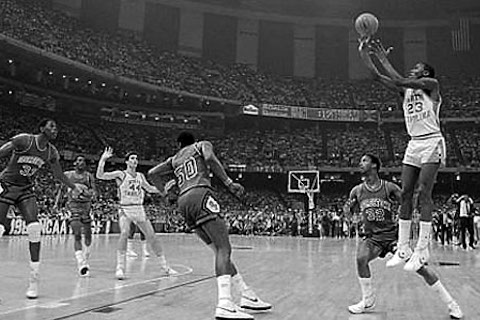 Championships: 1957, 1982, 1993, 2005, 2009 Until some guy named Michael Jordan came along, the Tar Heels had only won one national championship. However, when MJ hit the game-winning shot against Patrick Ewing and the Georgetown Hoyas in the 1982 championship game, it ushered in a new era. From that point on they have been perennial contenders, and of course have won three more championships. 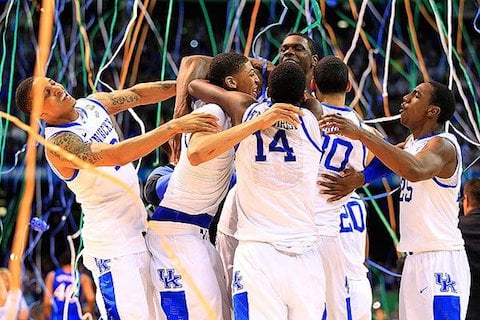 Championships: 1948, 1949, 1951, 1958, 1978, 1996, 1998, 2012 Kentucky may have lost last night, but they're still the second-most successful college basketball program of all-time. They won four champions under the legendary (and controversial) Adolph Rupp and won another just four years after Rupp retired. Then, after a two-decade dry spell, they returned to glory again in the mid 90s with two more championships. Today, of course, the Wildcats are coached by John Calipari, who runs his program like an NBA draft factory, relying almost exclusively on one-and-done stars. That means UK will still produce championship-calibre teams from time to time, but they are unlikely to have any sustained runs of dominance. 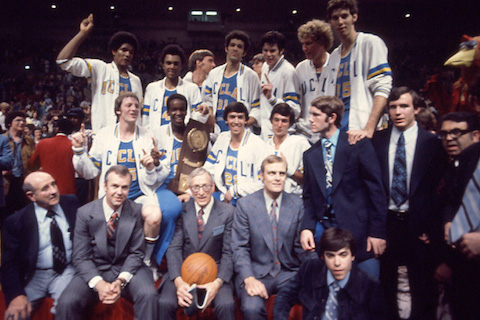