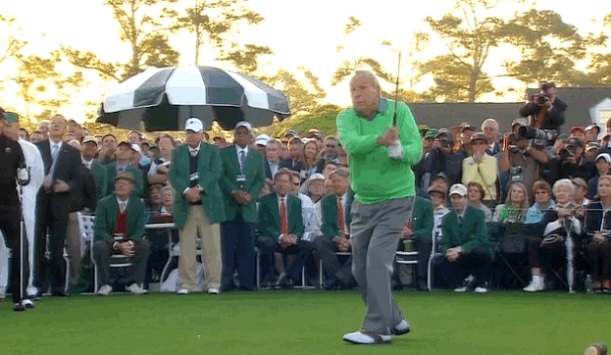 The 2014 Masters Tournament officially kicked off this morning and three of golf’s greatest legends were there to get things started: Arnold Palmer, Jack Nicklaus, and Gary Player.

Leading off the 78th playing of the Masters was Arnold Palmer, who did this with his ceremonial opening drive:

Then it was Gary Player’s turn to take a swing at it:

And finally, it was Jack Nicklaus stepping into the tee box to do this:

Here’s a video of this year’s “honorary starter tradition,” as Augusta National Golf Club chairman Billy Payne described it during his opening address: