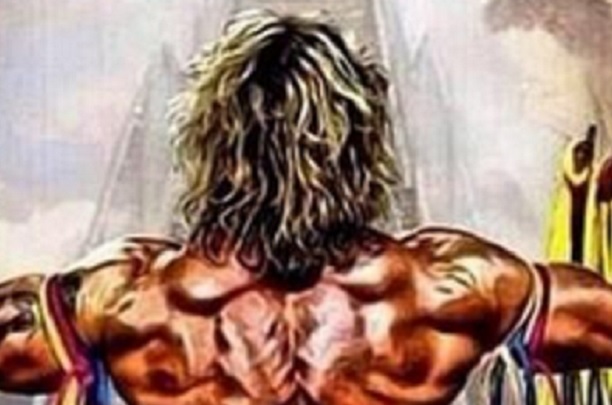 We all cope with the deaths of loved ones in different ways. In the case of Scott Hall, who has been mourning his departed fellow wrestler The Ultimate Warrior, that grief took the form of what will probably go down as the greatest piece of art produced in the 21st century.

Hall, also known as “Razor Ramon,” doesn’t credit the artist in his tweet (assuming he didn’t actually paint this himself, although I guess that’s theoretically possible), but his Twitter homage to The Ultimate Warrior is definitely worth sharing anyway:

Oh yeah….I got your back Warrior pic.twitter.com/f9pbrYfbRe

The painting shows The Ultimate Warrior being greeted by “Macho Man” Randy Savage, who apparently was able to finagle a sweetheart of an endorsement deal with Slim Jim, continuing well into the afterlife. He also seems to be pointing at the Warrior in a somewhat threatening manner, so I wouldn’t be surprised if these two titans were about to clash, St. Peter be damned.