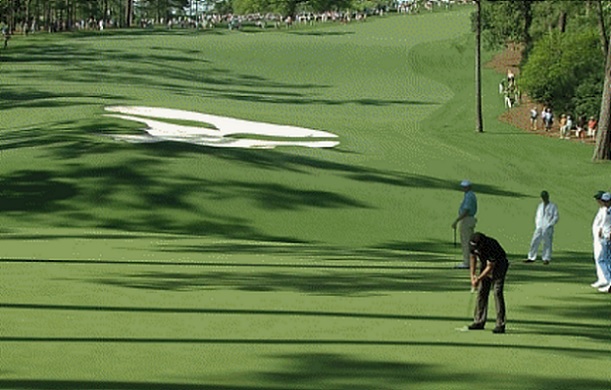 The Augusta National Golf Course seemed to pose a problem for most golfers on Thursday during the first round of the 2014 Masters, with and average score of nearly 2.5 strokes over par and only 19 players currently under par for the tournament.

However, there were moments when the golfers on the course were actually able to make their shots look easy.  And when they did, it was quite remarkable.

First we were treated to this amazing chip from Sang-Moon Bae on the 15th for eagle:

And then there was this ridiculous putt from three-time Masters champion Phil Mickelson on the 10th to give him an unlikely birdie:

Unfortunately, that shot wouldn’t help Mickelson much by the time his round was over, as he finished the day at four-over-par, leaving him eight strokes behind the leader, Bill Haas.