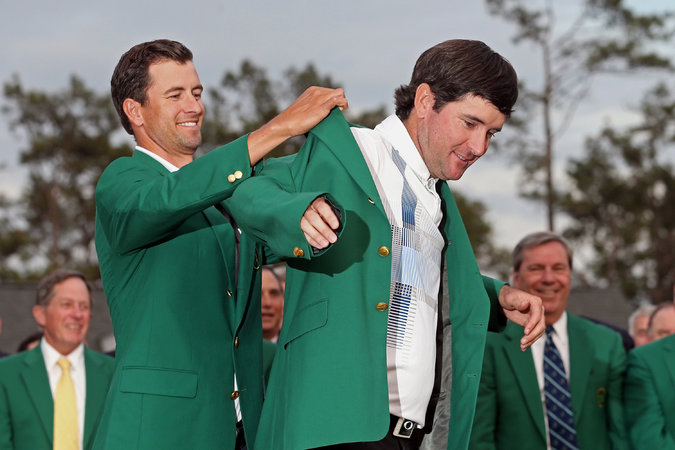 Bubba Watson may not need another green jacket in his wardrobe, but he has one anyway after winning the 2014 Masters at Augusta National Golf Club, his second Masters title in three years.

Watson entered Sunday in a tie with Jordan Spieth at five-under-par, and he even trailed the 20-year-old by two strokes after seven holes.  But from that point on it was all Bubba, as he birdied the next two holes and finished with a final round score of 69—making him one of only five players to shoot in the sixties on Sunday.

With a final score of 8-under, Watson finished three strokes ahead of Spieth and Jonas Blixt, who each shot 5-under for the tournament.  They were followed by Miguel Jimenez at 4-under, Rickie Fowler and Matt Kuchar at 2-under, and Lee Westwood at 1-under.

Here’s a look at Bubba celebrating his second Masters victory with his two-year-old son, Caleb: