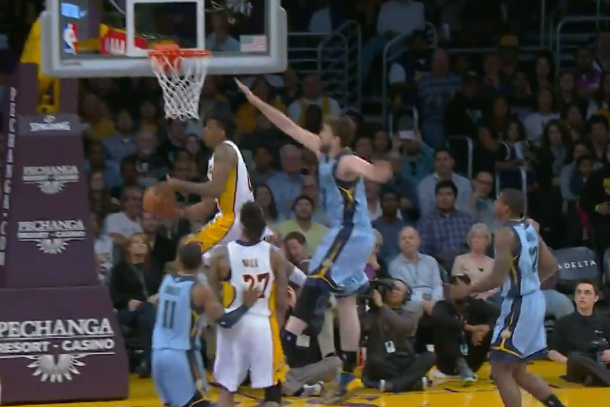 The NBA doesn’t have an official layup contest. Every year at the All-Star Weekend extravaganza, there is a three-point contest and slam dunk contest, but layups don’t get any love.

Just look at what he did last night against the Grizzlies. He got the ball along the baseline, took the thing to the hoop, and avoided reigning NBA defensive player of the year Marc Gasol with an amazing 360º spin-o-rama reverse layup.

I’ll admit it—most of the time, layups aren’t very excited. This layup, however, was badass.

With 17.5 PPG, Swaggy P has got to be in the conversation for Sixth Man of the Year, don’t you think?