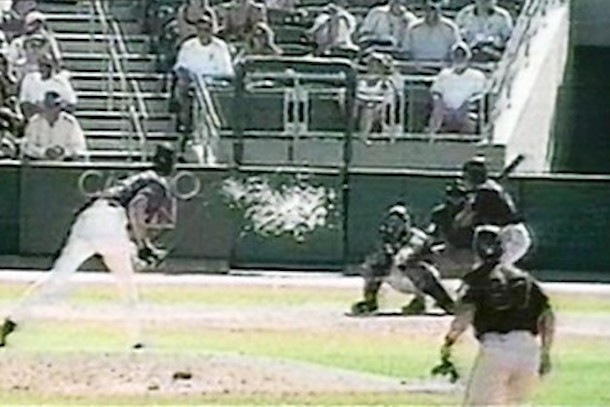 Don’t be surprised if Randy Johnson gets a stern lecture from the folks at PETA sometime soon. Those People for the Ethical Treatment of Animals don’t have a very good sense of humor, so they probably won’t appreciate The Big Unit’s new Twitter avatar.

What is his new Twitter avatar, you ask? Why, it’s just a South Park version of Randy in a Diamondbacks uniform…holding a dead bird. 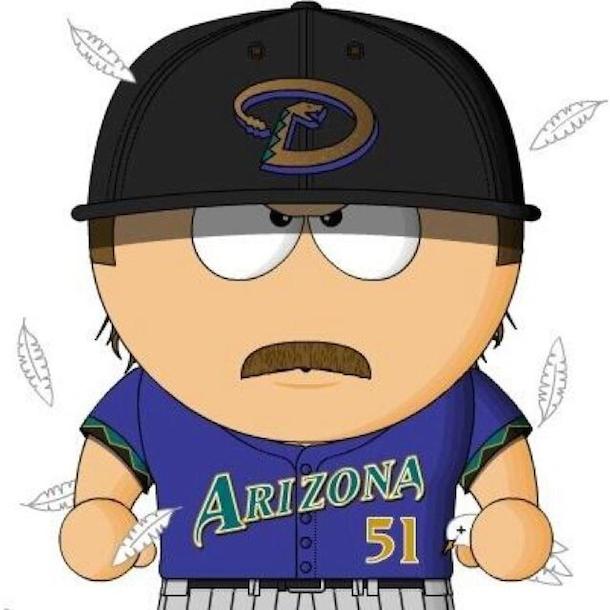 Of course, that bird is a reference to this mind-bogglingly insane moment from spring training in 2001:

Remember that? The time Randy Johnson obliterated a bird with a fastball?

Obviously, that was an accident. Nobody could possibly do that on purpose. However, PETA isn’t going to like the fact that Johnson is making light of the “trajedy.” So like I said, don’t be surprised if they have something to say about it.

As for me, I think Unit’s new avatar is fantastic. He should embrace the moment. Forget baseball’s ironman streak or its hitting streak. This is something that no one will ever do again.

Besides, if you can’t laugh at a dead bird 13 years later, maybe you’re taking life a little too seriously.