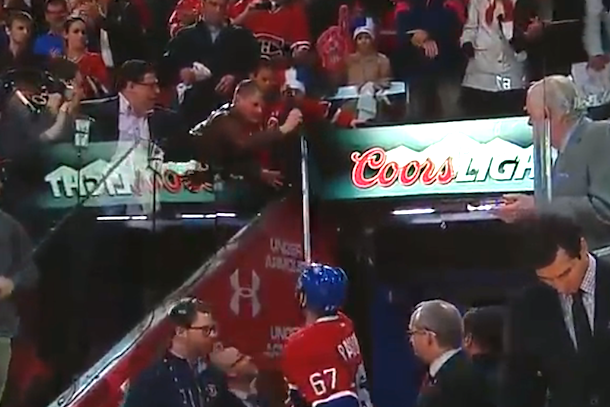 I tell you this now because I want to save you some embarrassment. You see, if you should go to a sporting event and snatch a souvenir from a child, the internet will shame you.

After the Habs finished off their four-game sweep of the Lightning last night at the Bell Centre in Montreal, star forward Max Pacioretty tried to hand his stick to a cute little kid as he was walking into the tunnel. However, right then, this clueless man reaches in front of the kid and snatches the stick for himself.

Now, this guy is actually pretty lucky. The camera stayed with him and showed the guy coming to his senses and giving the stick back to the kid. However, he still comes off looking like a jackass.

So don’t be like this guy. Pay attention, and remember: kids (and hot chicks) get the souvenirs.