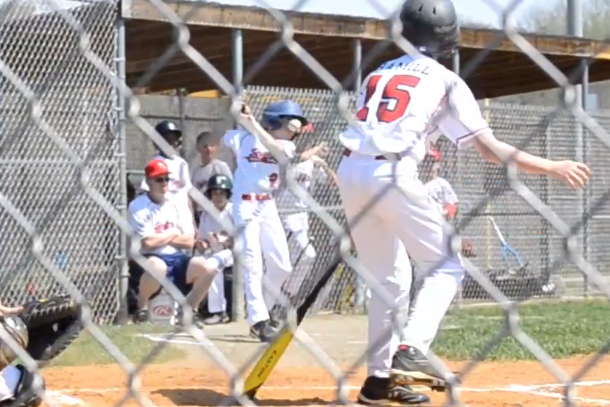 Did you ever notice how, in Major League Baseball, nobody takes their practice swings in the actual on-deck circle, or how the first and third base coaches never stand in the actual coaches boxes? Well there’s a reason for that: nobody wants to get hit in the face by a baseball.

We have no idea where this took place or who is playing, but damn that had to hurt.

And did you happen to notice the reaction of the coach sitting right behind the kid? It takes the guy seven seconds to get off his goddamn bucket and check on the kid. He’s real “coach of the year” material.

Hopefully this kid is okay…despite the indifference.