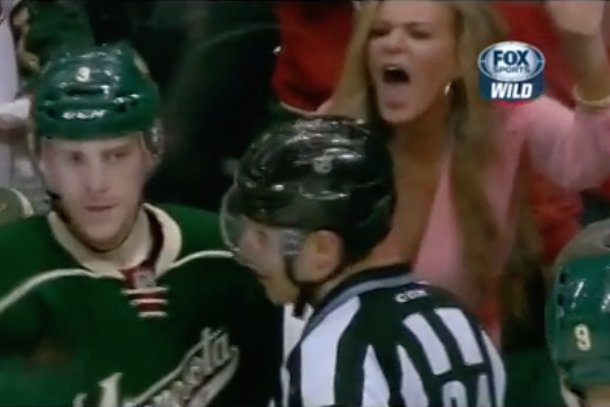 I have to admit I’m a little bit torn when it comes to this Minnesota-Colorado series. Part of me wants to see the Avalanche win because Patrick Roy is a raging egomaniac who could explode at any moment and tear the head off an opponent, a referee, a fan, or possibly even one of his own players. However, the other part of me has fallen in love with Minnesota Wild fans and thus doesn’t want to see their reign of awesomeness cut short.

Earlier this week, following Minnesota’s Game 5 loss, one disgruntled Wild fan took it upon himself to become the “NHL Fan Department of Referee Accountability” and create a brilliant video skewering the officials in the style of the NHL’s suspension explanation videos:

Then, during Game 6 last night in Minnesota, fans sitting right behind Colorado goalie Semyon Varlamov decided to harass the netminder by holding photos of him from a recent court appearances that resulted from an (allegedly) nasty domestic dispute: 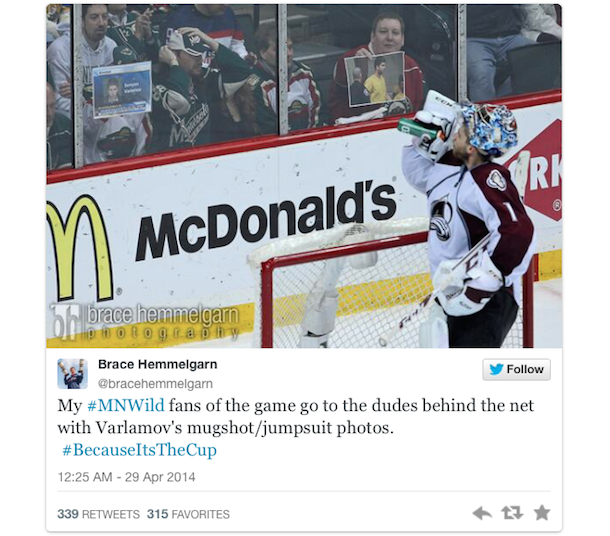 But the best example of Minnesota Wild fans being awesome is this chick:

The simple fact that this hot blonde is imploring Wild forward Charlie Coyle to whoop somebody’s ass is fantastic. What makes it even better is the fact that she quickly became a celebrity amongst Wild fans on Twitter.

Her name is Alyssa Nelson, her Twitter handle is @SnowflakeNelson, and she is now the unofficial good luck charm of the Minnesota Wild.

Oh, and by the way, this is her Twitter profile picture: 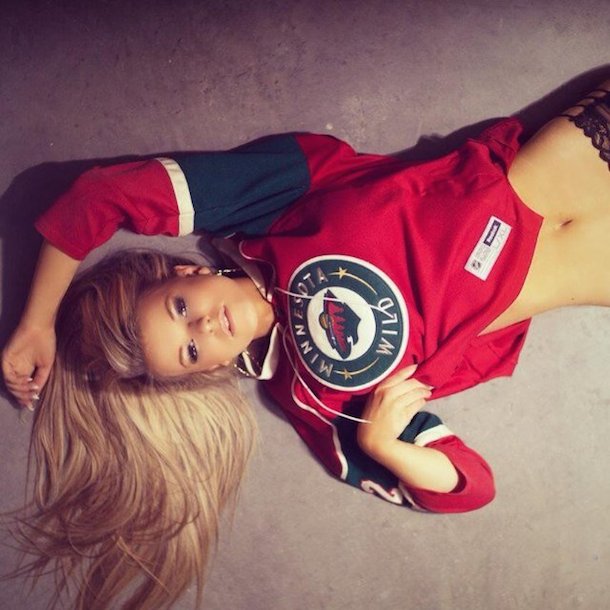