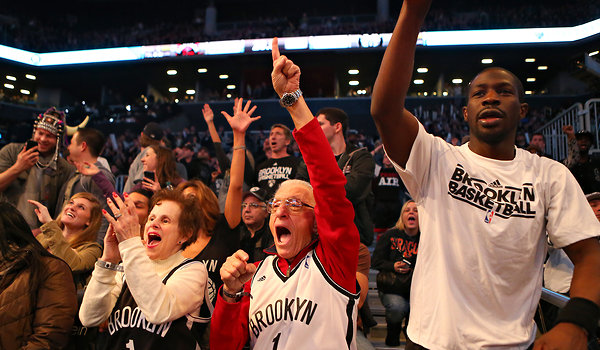 With the Brooklyn Nets traveling home in need of a victory in Game 6 in order to keep their season alive, you’d think the fans at the Barclays Center would have enough reason to get loud on Friday.

But during Game 5 of their first round series against the Toronto Raptors on Wednesday—which the Raps won by a score of 115-113—the Nets’ Twitter account gave Brooklyn fans one more reason to get loud during their next home game: 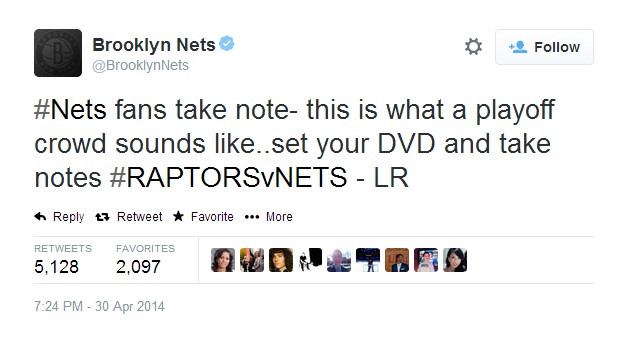 If the Barclays Center sounds more like a library than a basketball game come tip-off time on Friday, that should tell us everything we need to know regarding how Nets fans respond to criticism.