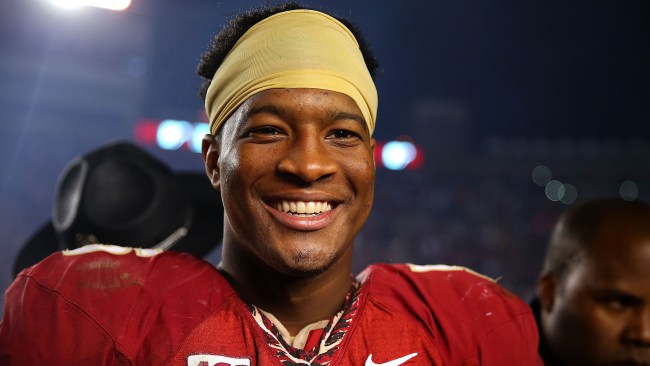 When Jameis Winston got busted for trying to steal crab legs from a Publix grocery store, I imagine that everyone in the crab industry immediately started seeing dollar signs and hearing cash register sounds. But the first retailer to cash in on crab leg mania is Jack’s Foodland in Alabama.

The manager of Jack’s Foodland is reportedly a “huge Alabama fan,” and thus took an unsurprising amount of delight in posting a photo of some “Jameis Winston King Crab Legs” on Facebook as being for sale from his store. Alas, the item isn’t actually available for sale, according to the manager in an interview with USA Today:

“We didn’t actually put them out for sale. With all the jokes going around about Jameis Winston and everything, we decided to print out some stickers as our own little joke and I put it on my Facebook and it kind of blew up from there.”

You can see a picture of the Jameis Winston King Crab Legs below, but I guess since they’re not actually for sale you can’t experience the thrill of stealing them. Maybe one day, though. 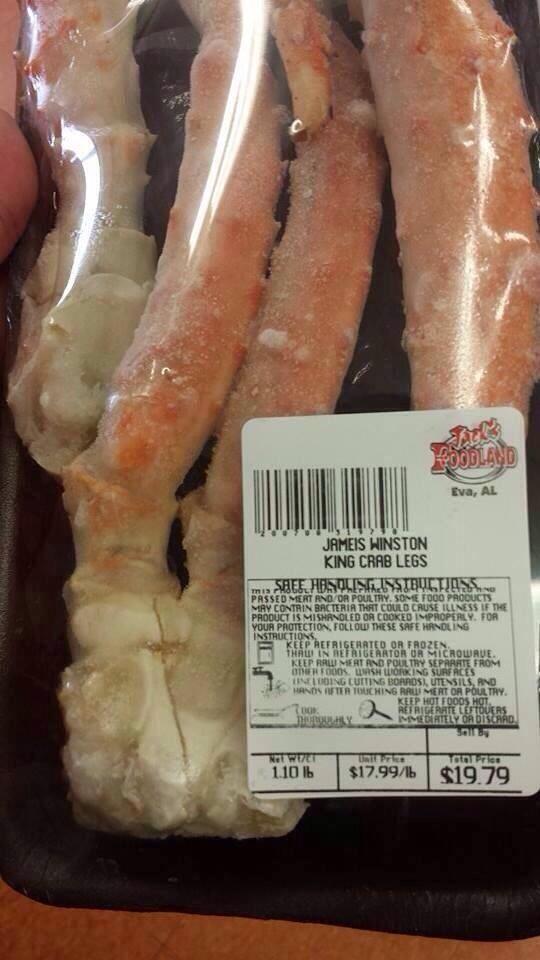