Raptors Fan Goes in For Kiss, Gets Rejected During Game 5 (GIF)
NBA

Raptors Fan Goes in For Kiss, Gets Rejected During Game 5 (GIF) 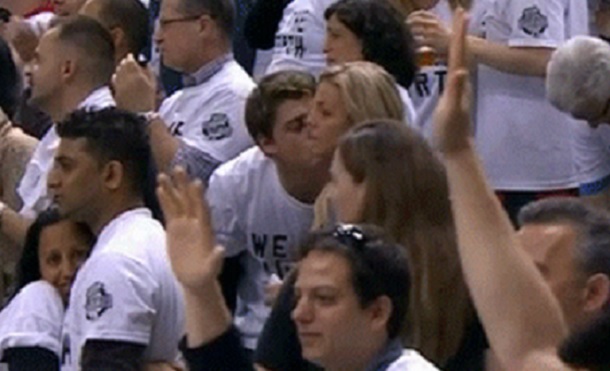 Most of the Toronto Raptors fans in attendance at the Air Canada Centre went home happy Wednesday evening after watching their team earn a crucial 115-113 victory over the Brooklyn Nets in Game 5 of their Eastern Conference first-round series.  However, there is at least one dude who will likely be traveling home with a somewhat dejected feeling after cameras caught him going in for a kiss, only to be rejected in the form of a subtle head turn from his blonde female friend.

Sure, it may not show up in the box score, but I’m going to have to credit her with a rejection on that play, giving her more blocks on the night than Kevin Garnett and Paul Pierce, combined.