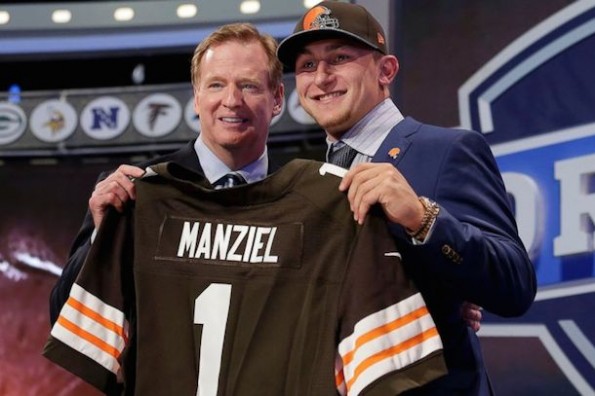 The general public isn’t usually privy to private scouting reports from NFL teams, which is probably a good thing because they’re pretty weird. Or at least the one by the New England Patriots on former NFL Draft prospect Johnny Manziel is, and we know this because it was recently leaked to BroBible here.

The report is a very thorough one, delving into Manziel’s “outlaw bloodlines” (!!) on his father’s side, which according to the report is the “root of Johnny’s personality.” That includes his arrogance, self-centered attitude, poor work ethic, etc. But hey, at least he’s still “an upgrade over Tebow.”

For more tidbits like the ones above, you can read the full New England Patriots scouting report on Johnny Manziel below. And when the upcoming NFL season starts, we’ll be in a unique position to be able to see how accurate a real life scouting report turned out to be, at least with regards to one specific player via one specific team. 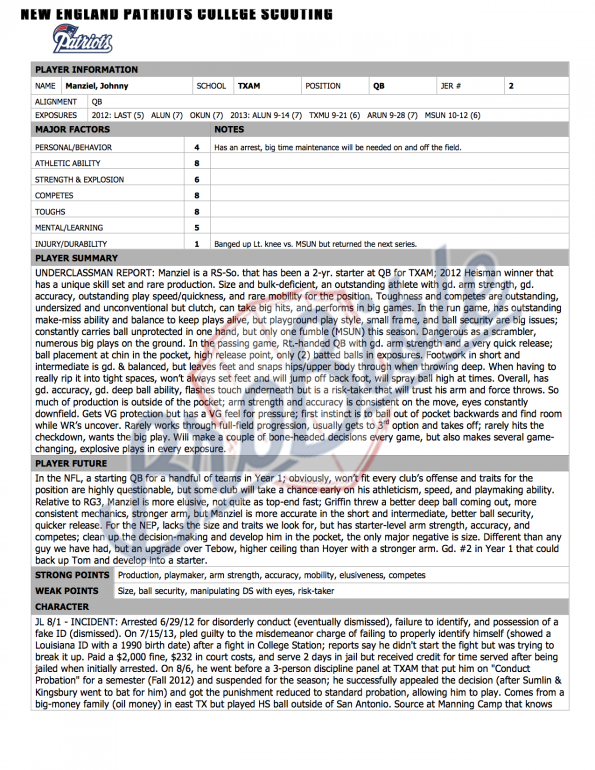 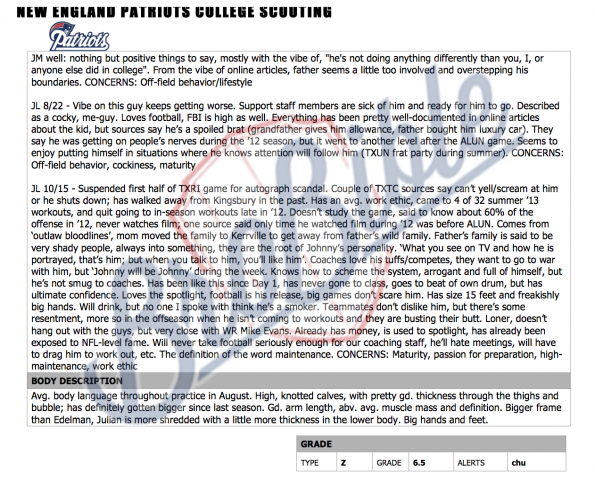