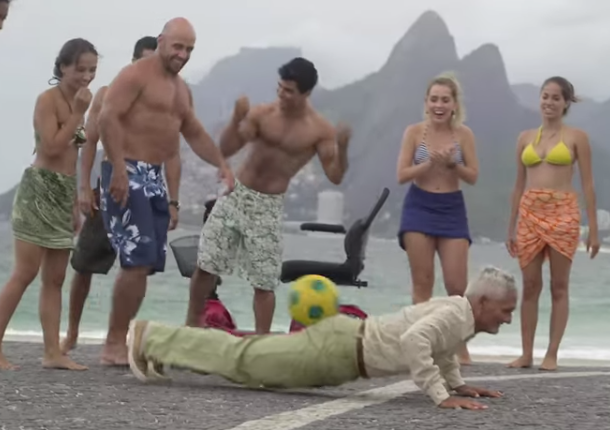 It’s safe to say that World Cup fever is in full swing.  It started with the soccer fans, then the sports fans, and now those big faceless corporations are coming around to that fact. McDonald’s is no exception, as they’re getting in on the action with what’s actually a pretty great commercial.

It’s long, at almost two minutes, but it’s essentially just a Brazilian-themed soccer trick shot compilation, and who doesn’t love those things? Sprinkle in some generic upbeat international music, some cute kids in bad neighborhoods, and we’re in business.

My favorite thing about this commercial, though, is that it reinforces the awesome stereotype that Brazilians are always either in bathing suits or playing soccer. Most of the time, both.