#WorldCupProblems: The Field in Manaus Is a Total Disaster Just Two Days Before Italy vs. England (Pics)
Soccer

#WorldCupProblems: The Field in Manaus Is a Total Disaster Just Two Days Before Italy vs. England (Pics) 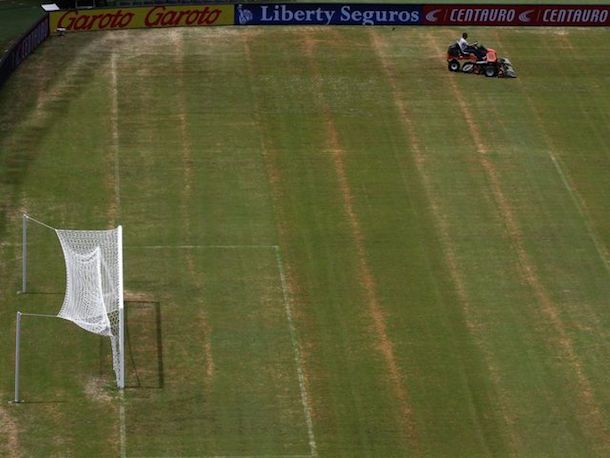 When Brazil was chosen to host the 2014 FIFA World Cup, they wanted to include every region of the country in the festivities, which was a really nice idea.

In reality, this decision is proving to be a little problematic.

The brand new Arena da Amazonia in Manaus will host four matches in the preliminary round of the World Cup, and the first—England vs. Italy—is scheduled for this Saturday. However, the playing surface at the stadium is an absolute disaster. The grass is thin and dry and the ground is hard, and the guy in charge of maintaining the field isn’t trying to sugarcoat the situation.

“Frankly, Manaus is in bad shape,” said Carlos Botella, head groundskeeper for the Royal Verd company. “We’ve started to implement an emergency plan to try to save the field and improve it as much as possible, but I don’t think it’ll be in good condition by the weekend.”

The problem isn’t Botella or the Royal Verd company. It’s the location. The city of Manaus in the state of Amazonas is the northernmost host city of the 2014 FIFA World Cup. With a population of 2 million people, it’s not some small town by any means. However, it is located right in the middle of the Amazon rain forest and thus completely inaccessible by car. Add to this the fact that the Amazon has some pretty harsh meteorological conditions—extreme heat, tons of rain—and what you have is a recipe for a really terrible playing surface. 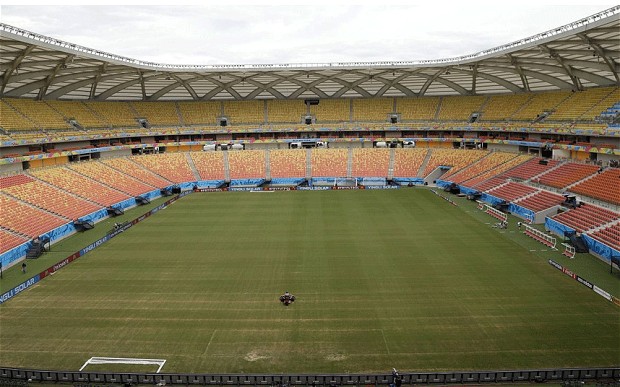 Should be some exciting games, huh?

Of course, there is one bright side for fans of Team USA. The Americans are scheduled to play Portugal there on June 22, and if the playing surface is still terrible it may limit the efficacy of Cristiano Ronaldo, who is already dealing with knee tendinitis.