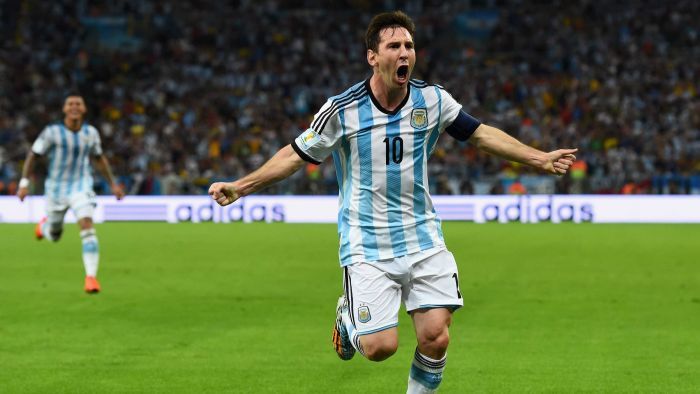 The career of Lionel Messi has been an impressive one, but at the World Cup match between Argentina and Bosnia-Herzegovina he managed to add what was only the second World Cup goal of his professional life to his belt.

It was a gorgeous goal, working a perfect give-and-go with teammate Gonzalo Higuain before slotting a low shot off the far post and into the Bosnia-Herzegovina goal for the 2-0 Argentina lead.

In case you’re interested, Messi’s first World Cup goal was scored eight years ago in a match against Serbia, but as far as long waits in between goals go, this one was probably worth it, as Argentina went on to earn the victory over Bosnia by a score of 2-1.

If you missed Lionel Messi’s second career World Cup goal on TV, you’re pretty much at the mercy of various Vine accounts if you want to catch up with it right away.

Here are three of the best videos of the goal: