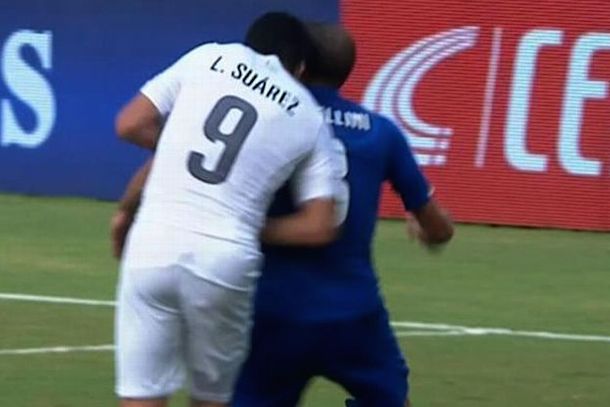 FIFA has opened an official investigation into whether Uruguayan striker Luis Suarez really did bite Italy’s Giorgio Chiellini yesterday. However, as far as online gambling site Betsson is concerned, there’s no doubt about it. And we know this because they’ve already paid the 167 people who took their prop bet at 175-1 odds that Suarez would strike again at some point during the 2014 FIFA World Cup.

Thomas Syversen of Norway was one of those bettors. He was asleep when the bite occurred, but a friend who knew he’d placed a $5.25 bet on Suarez biting sent him a text and woke him up. Syversen then checked his bank account to discover that $918 had been deposited into his account.

Pretty good pay day? You’re damn right it is. But it wasn’t even close to the biggest. According to Andreas Bardun, sportsbook manager for Betsson, they had one bettor who placed an $18 bet, which of course paid out $3,300.

So Chiellini probably wasn’t happy that Suarez bit him, and Suarez’s coaches, teammates, and countrymen probably weren’t pleased, either. But there are at least 167 people who were absolutely thrilled.

Actually, now that I think about it, somebody should check to make sure Luis Suarez wasn’t one of those people.