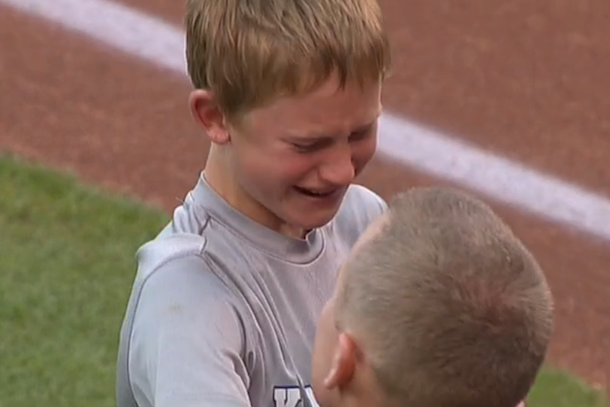 I have tons of respect for military families. They make huge sacrifices most of us couldn’t fathom. However, for a little while, all those reunion videos of dads and moms surprising their kids were starting to get a little boring.

You see, when reunion videos first started hitting the web, it was always veterans returning from Iraq and Afghanistan to surprise kids who hadn’t seen them in two years. And that was some heavy, emotional stuff. Eventually, though, media outlets started scraping the bottom of the barrel, and pretty soon we were seeing videos of reservists returning from a couple months in California. And that’s just not the same.

More recently, though, military reunion videos have gotten awesome again, and the one we have today is another great example.

That was pretty moving.