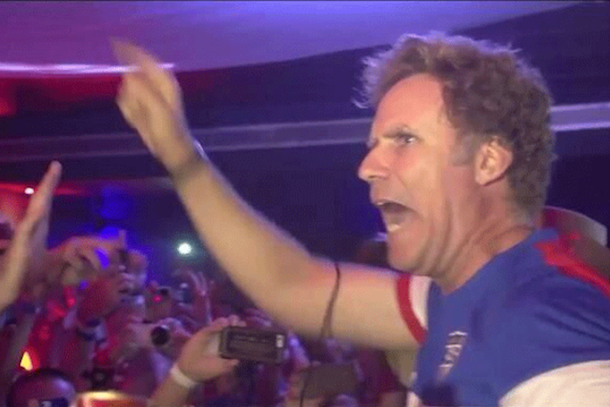 The USA lost to Germany today by a score of 1-0, which obviously was not the result that everybody back home wanted. However, it was good enough to send the Americans through to the knockout stage of the 2014 FIFA World Cup, and really, holding Germany to just one goal is not such an easy feat. This is arguably the best team in the world, and they have a potent offense that scored two goals against Ghana and four against Portugal.

So how did the USMNT hold Germany to just one goal? Threat and intimidation. Obviously.

You see, renowned sports nut and True Patriot Will Ferrell flew in to Recife last night ahead of the game. And at a little pep rally put on by U.S. Soccer, Ferrell said he would go full Luis Suarez and bite every single German player if that’s what it took.

Obviously, Ferrell’s tactics worked. Germany won the game, but they didn’t run up the score because they knew they would face reprisals.

Hopefully Ferrell sticks around for the Round of 16 and threatens the Belgians, too. It sure would be nice to win a game in the knockout stage for once.