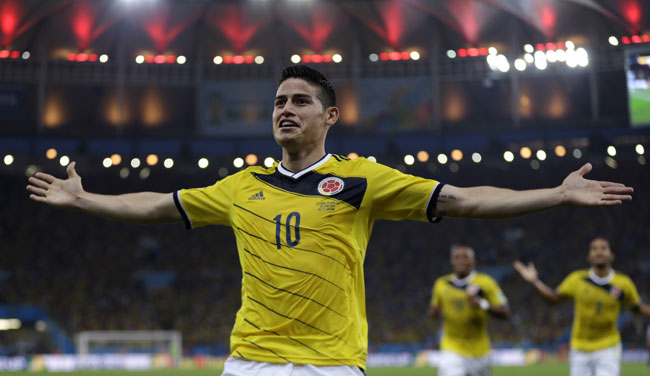 There have been a lot of claims for the “goal of the tournament” at the 2014 FIFA World Cup thus far.  We’ve even made some ourselves. But to the credit of people who have made those claims so far, this has been a stellar tournament with some really great plays.

And now there’s one more.

Colombia‘s James Rodriguez scored both of Colombia’s goals in their 2-0 win over Uruguay on Saturday, and while a goal is a goal, his first one, which came 28 minutes into the contest, was a GOAL.

Take a look at this majesty:

Then look at it this way:

I mean, even by world-class elite soccer standards, that was an amazing goal. And then Rodriguez scored one more at 50 minutes, just for good measure.

The lesson here? If you’re going to live up to the hype in the world of soccer, the World Cup is a good place to do it.