>Total Pro Sports
NFL
J.J. Watt Explains Why He Doesn’t Have a Girlfriend in Awesome Letter

J.J. Watt Explains Why He Doesn’t Have a Girlfriend in Awesome Letter 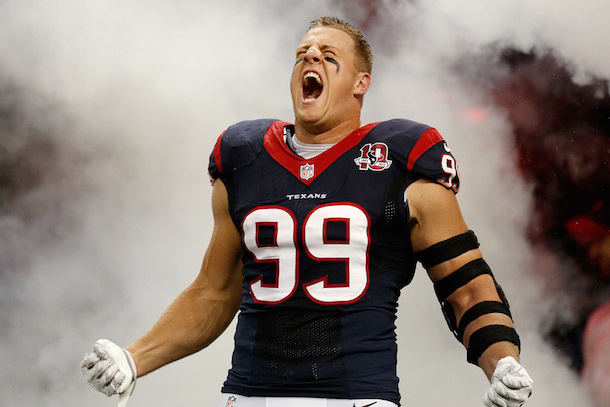 In just three short years, Houston Texans defensive end J.J. Watt has become arguably the best defensive player in the NFL. And the secret to his success is no secret: hard work.

Sure, Watt was blessed with size and athleticism. But this guy trains as hard as anybody in the league because he wants to be the absolute best he can be. That’s an admirable quality, and one the Texans are hoping will rub off on top draft pick Jadaveon Clowney.

Of course, the message doesn’t have to be limited to Clowney. Today, former NFL linebacker Ben Leber posted a quote attributed to Watt on his Twitter account. In it, Watt explains why he doesn’t have a girlfriend or a social life, pretty much shaming the rest of the league. 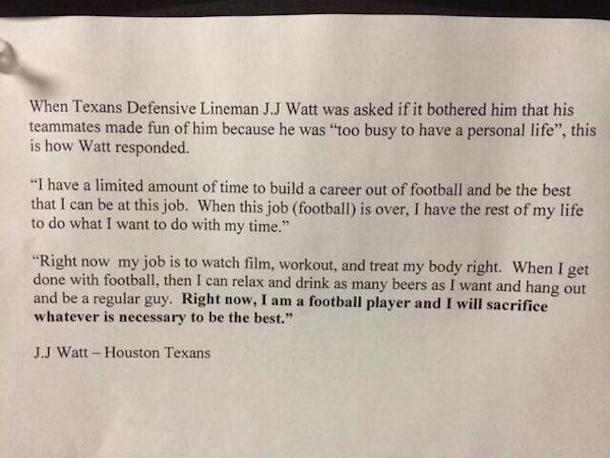 Something tells me this might end up on the bulletin board in Cleveland. I hear they’ve got themselves a new quarterback with a bit of a reputation for partying too hard.