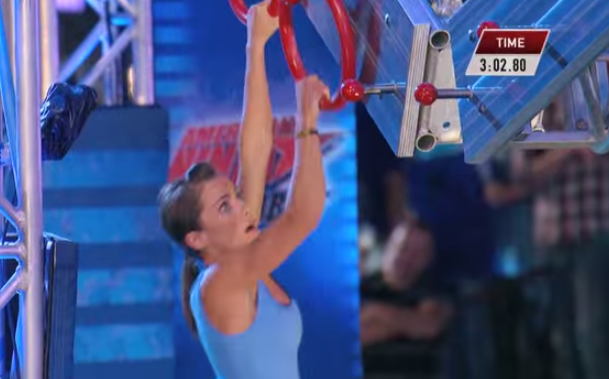 Reporting on a show like American Ninja Warrior would normally be a pretty liberal interpretation of “sports news,” but let’s give credit where credit is due. And credit is due to this girl, Kacy Catanzaro, a competitor on the course who is a former gymnast.

She absolutely KILLS IT. In a way that you won’t see from a Navy SEAL, a CrossFit instructor, or anyone else.

Take a look at the video as she makes the course her bitch in short order:

Bonus points for taking time out of her run to turn to the cheering crowd to say, “Thanks. I love you guys.”

I would have imagined that being so small on such a large-scale course would be a huge hinderance, and there are moments on the ring toss, where it looks like Kacy struggles, but I am changing my tune. If you want to kick ass on American Ninja Warrior, be a former gymnast. You’ll kill it.