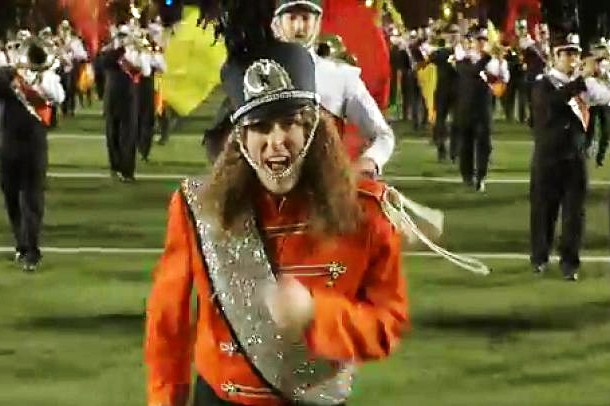 As you may have heard, every day this week Weird Al Yankovic, the world’s greatest parody musician, has been releasing videos for songs off his new album, Mandatory Fun. On Monday it was “Tacky,” a spoof of Pharrell‘s “Happy.” On Tuesday it was “Word Crimes,” a spoof of Robin Thicke‘s “Blurred Lines.” On Wednesday it was “Foil,” a spoof of Lorde‘s “Royals.” And on Thursday it was “Handy,” a spoof of Iggy Azalea‘s “Fancy.”

So what does Weird Al have in store for us today? A sports song. In fact, it’s called “Sports Song.” It’s done in the style of a college fight song, complete with marching band. And it perfectly captures the absurdity of sports fandom and sports hatred.