>Total Pro Sports
Other
Prancercising Is Back!!! What’s ‘Prancercising,’ You Ask…? (Video) 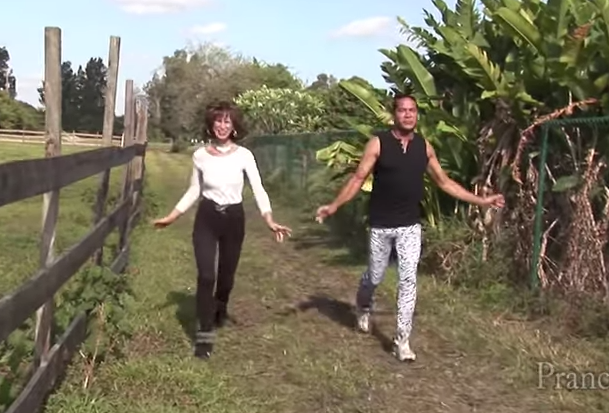 Filing this under “Other Sports,” but only because Total Pro Sports doesn’t have “Horseracing” or “Barnyard Role-Playing” categories.

It’s generally poor form to make fun of people for exercising in any fashion. They’re trying to better their health and themselves, so I would normally just muster up a “Good for them,” and be on my way. But I get the feeling that this thing called “prancercising” isn’t really about the exercise.

I don’t know what it’s about, but I can’t imagine the context that drives a person to mimicking the movements of a horse for their cardio and stretching workout. It looks very low-impact for what that’s worth, but so is sitting on your couch playing Xbox. And that’s far more dignified.

You’re probably lost. We all are when it comes to prancercising. Maybe this video will clear things up:

Hmm. That video did not clear things up.

If it looks ridiculous in the video that’s sold to promote it, imagine how insane prancercising will look in a regular setting. The gym. Central Park, Chuck E. Cheese…even the fact that it’s taking place in a very equestrian-looking meadow doesn’t help matters.

Let’s just keep this one between us.